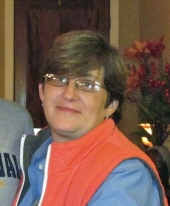 Cindy Lea Sauerwein, 47, of Cleveland, MS, passed on Sunday, September 29, 2019, at her home in Shaw, MS.
Cindy was born on September 7, 1972 in New Albany, MS to John and Sharon Sauerwein.  She and her family moved to Natchez, MS in 1974 before moving to Cleveland, MS in 1982.
As a teen, Cindy professed her faith and was baptized in Christ at Immanuel Baptist Church in Cleveland. She was active in and enjoyed the IBC youth group throughout her teenage years.
Cindy was a fierce competitor.  She played tennis, basketball and was a superstar on softball diamond.  She enjoyed coaching teens when her playing days were complete. She also enjoyed gardening, riding motorcycles, and reading.
For many years, Cindy served as assistant manager at Sherwin Williams in Cleveland building a reputation around her knowledge of the business along with her genuine interest and understanding in the needs of her customers.  So many depended on her for not only expertise, but also cherished Cindy's wit and humor that made their interactions all the better.  Cindy was known for being kind and giving and especially for her pranks and fun-loving spirit.
Cindy is preceded in death by her paternal grandparents, Twilo and Ruth Sauerwein of Rogers, AR, and her maternal grandparents, Short and Dolly Wilson of Fordyce, AR and her beloved Aunt Donna Sauerwein of Rogers, AR.
She is survived by her life partner, Donna Peacock of Shaw, MS; parents, John Sauerwein (Anita) of Cleveland, MS and Sharon Sauerwein of Cleveland, MS; brother, Brad Sauerwein (Kim) of Pontotoc, MS; twin sister, Sandy Ray (Jody) of Madison, MS; Brother, Ronnie Shive (Leslie) of Cleveland, MS; Brother, Wesley Shive (Stephanie) of Southaven, MS; nephews, Caleb Ray, Dawson and Paxton Shive; nieces, Anna and Emily Sauerwein and Olivia Shive.
A gathering of friends will be from 1:00- 3:00 PM, Wednesday, October 2, 2019 at Ray Funeral Home in Cleveland MS.
Memorials may be made to St. Jude Children's Research Hospital.

To order memorial trees or send flowers to the family in memory of Cindy Lea Sauerwein, please visit our flower store.
Send a Sympathy Card