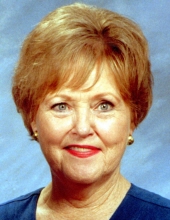 Elizabeth “Bettye” Boone Knight Johnston, 85, passed away on January 4, 2022, at her home in Cleveland, MS following a long illness. Born December 19, 1936, Bettye grew up in Pontotoc, MS and was a proud member of Pontotoc High School’s Class of 1955, where she was elected “Queen of the Forest” and Miss Pontotoc High School. She was named Pontotoc’s Miss Hospitality in 1958 and competed in the state pageant that same year. She received her undergraduate degree in elementary education from MSCW (now MUW) in 1959. At “the W” she was a member of Revelers and Mam’selle social clubs; performed as a second soprano in the Glee Club; and served as President of the Civic League. In 1961 she married Robert G. Johnston of Memphis, TN and together they moved to Nashville, where she taught while Robert attended the Vanderbilt Law School. Upon graduation, they moved to Meridian, MS where Bettye continued her teaching career. She and Robert finally settled in Cleveland in 1965 and she took a position on the faculty of Pearman Elementary School. After taking a break to raise her children at home, she returned to the classroom at Presbyterian Day School in Cleveland for 10 more years, where she finally retired to become a full-time grandmother. Bettye and Robert were active members of St. Luke UMC for more than five decades. Bettye was also a member of the UMW, the Cleveland Junior Auxiliary, the Madame Hodnett Chapter of the DAR, and the Cleveland Garden Club. She treasured the many dear and lasting friendships she made in these organizations. She was preceded in death by her parents, James Riley Knight, Sr. and Vera Nell Boone Knight of Pontotoc; her brother Dr. James R. Knight, Jr. of Warsaw, VA; and her beloved husband, Captain Robert G. Johnston, Esq. of Cleveland. She is survived by her son Arthur S. Johnston, III and his wife Beverly of Madison and her daughter Amy J. Tarver and her husband Jeff of Cleveland. She is also survived by her six grandchildren, each of whom she loved dearly: Abby E. Johnston, Joseph G. Tarver, Anna B. Johnston, Kathleen A. Tarver, Avery L. Johnston, and Caroline A. Tarver. The family wishes to thank Bettye’s caregivers Patricia Woods, Shirely Scott, Dorothy Wiggins and Shanice Johnson, each of whom provided love and dedication to her in her final years. Services will be held at St. Luke UMC, 1227 Deering Street, Cleveland, MS 38732 at 11:00 am on Saturday, January 15, 2022. Visitation will take place from 10:00 am to 11:00 am prior to the service. Memorials may be made to the church at the above address in her memory. Ray Funeral Home in Cleveland has charge of arrangements.
To order memorial trees or send flowers to the family in memory of Elizabeth Johnston, please visit our flower store.
Send a Sympathy Card