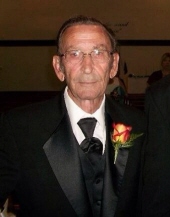 Mr. Kenneth Ray Cheshier, 75, of Sumner MS, passed away in the morning hours of August 8, 2014 at St. Francis Hospital in Memphis, TN.
Visitation will be held at Ray Funeral Home in Cleveland, MS from 11:00 a.m. to 12:00 p.m. Tuesday, August 12, 2014. There will be a Celebration of Life service beginning at 12:00 p.m. Tuesday, August 12, 2014, at Ray Funeral Home. The Interment will follow in Sumner Cemetery, Sumner, MS.
Mr. Kenneth Ray Cheshier was born June 6, 1939, in Newport AR, to Andrew Buddy Cheshier and Audrey Annie Lawrence. On April 1, 1961, he married the love of his life, Bonnie Sue Branham. He proudly and honorably served in the US Navy. He served on the USS Hornet and in the Vietnam War. After his service he learned to fly in Merigold, MS and became an AG Pilot. He flew for Flying Y Aero based in Tutwiler, MS. He built a family and was a loving husband, father, grandfather, great grandfather and friend to many.
He is survived by his beautiful wife of 53 years, Bonnie Sue Branham Cheshier; his children, Keith Cheshier of Des Arc, AR, Dennis Cheshier of Southaven, MS and adopted daughter, Marsheila Williams of Greenwood, MS; his grandchildren, Robin Skeen of Greenwood and Brayden Cheshier of Des Arc, AR; his great- grandchildren, Colby Hayes Skeen of Greenwood, MS and Kenlee Layne Skeen of Greenwood, MS; and his siblings, Almond Cheshier of Bonnerdale, AR, Evelyn Taylor of Bixby, OK and Betty Treadwell of Des Arc, AR.
Pallbearers will be Kyle Smith, Colby Skeen, Jimmy Williams, Jim Reed, Lloyd Mitchell, Ras Casburn and Pat Ryan.

To order memorial trees or send flowers to the family in memory of Kenneth Cheshier, please visit our flower store.
Send a Sympathy Card