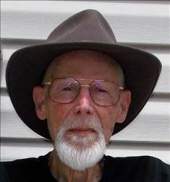 Born Dec 3, 1923 - Passed.October 16, 2016
Albert served in the United States Navy from 1941 to 1945, serving onboard the USS Colorado as a Storekeeper, in the Pacific theater during WWII.  Married Lettie Maud Hunt Spells, Nov 24th 1945 in Cleveland, MS.  In the early 1950's, they moved to Baltimore where he went to work for Bethlehem Steel Corporation. In 1964, they moved to Indiana, where they continued raising their family and continued his career with Bethlehem Steel, retiring after 33 years.  With all the children grown, following retirement, he and Lettie moved to Mississippi, and then Florida to enjoy their retirement years.  He was an amazing husband and father, with a strong conviction in God, always putting his family first in all aspects of his life. He touched many people's lives with his loving and caring attitude and benevolent treatment of everyone who he knew.  After the passing of his wife, Lettie, he moved to Tennessee, where lived until his passing. He lived a long and fruitful life, preceeded in death by his wife, Lettie Maud Hunt Spells and proceeded in death by his daughter, Carolyn S. Spells, He is Survived by his brother Jesse Spells, 4 children William C. Spells, Leslie M. Spells, L. Levan Bellamy, Nathan Spells, fifteen grandchildren, and 12 great grand children.
There will be a memorial service held on May 20, 2017 at 2:00 pm at the New Cleveland Cemetery.  If you knew Albert, and wish to pay your respects, please join us for the memorial service.

To order memorial trees or send flowers to the family in memory of Albert Leslie Spells, please visit our flower store.