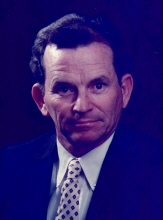 Luther Allen Long of Cleveland, Miss., died Wednesday, October 5, 2016, at St. Dominic's Hospital in Jackson. He was 70.
Visitation will be 1:00 to 2:00 p.m. Saturday, October 8, 2016, at Ray Funeral Home in Cleveland. Memorial services will immediately follow beginning at 2 p.m.. The family will receive friends after the funeral at the house on Crosby Road.
"Big Al," as he was known by family and friends, was a lifelong resident of the Delta. He was born in Greenwood, Miss., on May 8, 1946, and attended school in Shelby. At Shelby High School he was active in the Future Farmers of America, was a member of the golf team and the baseball team. His last two years of high school were spent at Clarksdale High School, which he called "finishing school." He graduated in 1965. Allen had a great childhood growing up in Shelby with many friends. He spent many afternoons and weekends playing cards and pinball machines at Tony Balducci's 7-11 and he had many adventures with his lifelong friend, Terry "Chic" Chicorelli.
Allen graduated Mississippi State University with a degree in agriculture. While in college he toured Europe with his friend Max Abrams. After college, Allen returned to the Delta and was an integral part of the family farm, the Long family in Deeson, Beulah and Greenwood. Allen retired from farming in the mid-1990s and moved from the farm to Cleveland.
In many ways, Allen was a character. He was an enigma - a "daytime daddy," he used to call himself. He was a storyteller and loved to laugh. Allen was an avid golfer and for many years held the course record at the Shelby Country Club. He played in numerous golf tournaments throughout the Delta.
He was a student of history and was proud of his German heritage. He enjoyed watching Civil War and World War II documentaries. Allen loved the blues and was a big Elvis and Jerry Lee Lewis fan. He was a member of the Shelby Presbyterian Church and later attended Covenant Presbyterian Church in Cleveland. He made frequent donations to St. Jude's in Memphis.
He was preceded in death by his parents, Samuel Dawson Long and Martha Geisler Long, and his brother, William Samuel "Will" Long. He is survived by his daughter, Samantha Autry Long of Charlotte, NC; a brother, J Andrew Long of Deeson, Miss; and a niece, Jennifer Blair Long and her family of Teoc, Miss..
The family requests memorials be made to St. Jude Children's Research Hospital, P.O. Box 1000, Dept. 142, Memphis, Tenn., 38148.
Pallbearers are Terry "Chic" Chicorelli, Curtis Hood, Tom Robertson, V.J. Philen, Ronnie Shive, Rooster Chenault, George Scroggins, Will Gourlay, and Bill Dossett.

To order memorial trees or send flowers to the family in memory of Allen Long, please visit our flower store.
Send a Sympathy Card