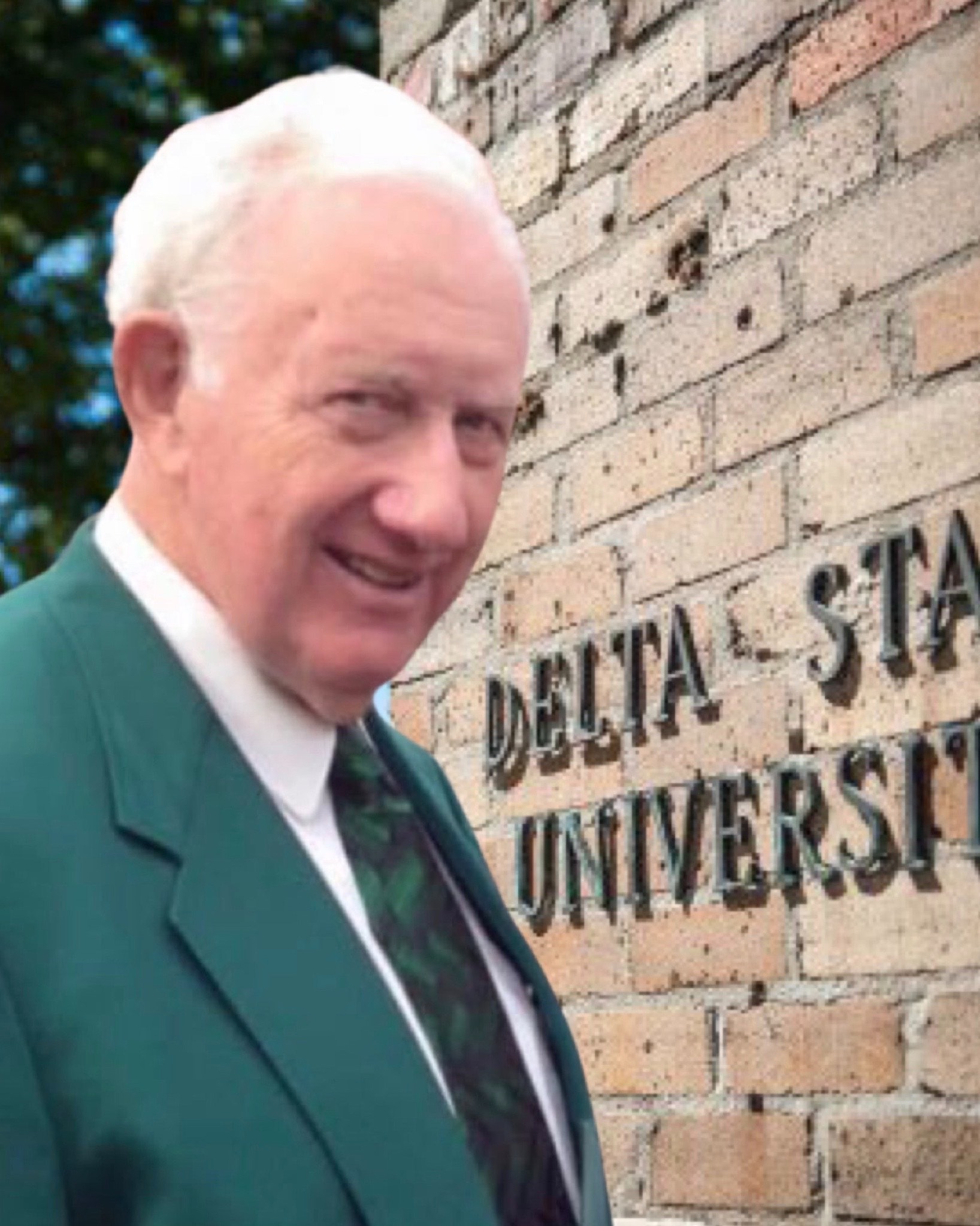 Dr. Andrew Melvin Jones 90, of Cleveland, MS was called home to be with the Lord.

A visitation will be held Sunday, November 27, 2022, from 5-7 pm at Ray Funeral Home. A celebration of Life Service will be held Monday, November 28, 2022, in the First Baptist Church of Cleveland at 10:00 A.M. Pallbearers will be Trent Griffin, John Jones, Chet Norton, Ken Pate, Dean Seeley, and Ronald Swafford.  Honorary Pallbearers are Brent Griffin, Wiley Hilburn, Tommy Naron, and Cleveland Airport Commissioners.  A graveside service will follow in Columbus, MS at 3:00 P.M. in the Friendship Cemetery.

Dr.  Jones was born on March 10, 1932, in Attala County to the late Clint & Opal Irene Peeler Jones. Andrew grew up in the Berea Community of Attala County where he graduated from French Camp Academy.

Dr. Jones literally hitch hiked to MS College, worked his way through college and received a bachelor’s degree. Dr. Jones went on to Southern Miss where he received his master’s degree.  Dr. Jones served our country for nine months until being honorably discharged to teach at Weir High School in 58-59. He also taught at the Mississippi University for Women 59-69, and State the Summers of 60,61,62. In 1968 Dr. Jones went back to school and received his doctorate from the University of Mississippi.  He and his family would eventually find their way to the Mississippi Delta in Cleveland, MS were Dr. Jones & Libby reared their children and  taught at Delta State University for 36 years until retiring Delta State 69-90, and MS Valley part time. Dr. Jones was an Executive Director of the Lower MS Delta Service Corp from 97-06 during those eight years more than 40 million dollars were administered through the programs in AR, LA, & MS. Dr. Jones was a member of the National Education Association & Phi Delta Kappa for more than 50 years, directed Mississippi Youth Congress for 24 years, Secretary for the MS Speech & Communication Association for 18 years and was president, along with Province Governor for Pi Kappa Delta. Dr. Jones was also a Real Estate Agent for more than 25 years.  Dr. Jones was a member of the Sons of the American Revolution, where he served 5 times as a national officer along with being Vice President General. Dr. Jones also served on the Cleveland Airport Commission for 42 years and was FCA Alumni of the Year.

On December 20, 1959, Dr. Jones married Katie Elizabeth “Libby” Reid Jones. They have two children together, and they were married for over 30 years until her passing. Dr. Jones was a long-time member of the First Baptist Church where he served as a deacon in Cleveland and Columbus, MS.   In his spare time, he was avid genealogist and Antique Collector.  Most of all Dr. Jones was a family man of many talents who always willing to help anyone in need. His greatest treasure in life were his grandchildren, and great grandchildren.

To order memorial trees or send flowers to the family in memory of Dr. Andrew M Jones, please visit our flower store.