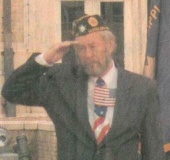 Mr. Andrew Todd Bobo, Sr., 68, of Cleveland, MS, passed away Wednesday, May 25, 2016, at North Sunflower Medical Center. Visitation will be 2:00 to 5:00 p.m. Sunday, May 29, 2016, at Ray Funeral Home. Celebration of Life services will be 2:00 p.m. Monday, May 30, 2016, at First Baptist Church with Rev. Milton Burd, Rev. Larry Chouccoli, and Rev. Kevin Jackson officiating. Interment will follow in Beevers' Cemetery. Mr. Bobo was born on November 11, 1947, to Woodrow Bobo and Doris Elaine Beevers Bobo. Todd entered service to his country in 1967 as a code interceptor for the USASA, an elite division of the army. He was stationed in Germany during the Vietnam War and was honorably discharged in 1970 as a Specialist 5th Class. On November 4, 1969, he married Nancy "Nan" Proctor in Basel, Switzerland. He worked for 42 years as a dedicated, honest salesman who put the customer's needs and comforts first. Perhaps that is why he consistently received recognition as one of the top salesman in the Southeast region. He is most remembered for his time with Hannaford Ford and most recently at Cannon Ford. Since he was a child, he spent much time at Donaldson Point Hunting Club, which was established by his uncle Jim Ed Bobo and others on his land. This is where his passion for the outdoors began and often you could find him hunting or fishing there. He loved to piddle with things, and turned an old trailer into a cabin where he spent a good bit of his time. He often would take his four wheeler to the river to watch barges, or meet friends at the sand bar in the summer and enjoy the cool water and have a good laugh. He found much enjoyment in building a fire and being one with nature. His family says that he would spend time talking with nature often, watching and feeding the humming birds, playing with his dogs, and cooking the best steaks you have ever tasted. Nature was his sanctuary; a place where he found calm and solace. He is preceded in death by his parents, Woodrow Bobo and Doris Elaine Beevers Bobo; and his sister, Dianne Elaine Bobo Bishop. Mr. Bobo is survived by his wife of 46 years, Nancy "Nan" Proctor Bobo of Cleveland; sons, Andrew Todd Bobo, Jr. of Richland, MS and Brian Robert Bobo (fiancé, Sunni Thompson) of Niceville, FL; daughter, Lori Anne Bobo Whitfield (Charlie) of Holcomb, MS; grandchildren, Taylor Dianne Bobo, Lyndon Ross Bobo, Hannah Grace Whitfield, Madison Claire Whitfield, Lincoln Hawke Bobo, Aiden Thompson, and Jaxon Thompson; sister, Betsy Bobo Elliott (John) of Cleveland; brother, James "Jimmy" Dreher Bobo of Cleveland; and a host of nieces, nephews, and extended family. Pallbearers will be Jimmy Powell, Larry Poe, Charlie Campbell, John Dreher, Bryan Anderson, and Ross Barnett. Honorary pallbearers will be Dr. Don Blackwood, Willie Grantham, Bobby Hannaford, Bill Stewart and Larry Tyer. In memory of Mr. Bobo, donations may be made to the Emerald Coast Autism Center (http://www.ecautismcenter.org/Support-ECAC.aspx), Beevers' Cemetery and Robert E. Smith School of Nursing Delta State University.

To order memorial trees or send flowers to the family in memory of Andrew Todd Bobo, Sr., please visit our flower store.