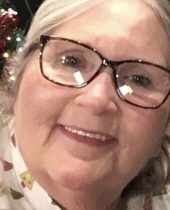 Ann Williamson, 66, of Cleveland, MS. passed away on August 25, 2020 in Jackson, MS. Public visitation will take place from 9:00 AM to 11:00 AM followed by a private family service at 11:00 AM on August 28, 2020 at Ray Funeral Home in Cleveland, MS. The family has asked for casual attire to be worn or Ole Miss related clothing.
Ann was born on January 11, 1954 in Anchorage, AK to Herman Earl Warren and Mildred Marie Warren. She was married to Ronald Ralph Williamson on March 24, 1979 in Cleveland, MS. Mrs. Ann graduated from Bayou Academy in 1972, and began working as a nurse aid until she received her LPN from Mississippi Delta Community College in 1976 and her ADN in 1990. Ann worked 10 years for Continue Care Home Health Agency and served on the MS Home Health Association Board of Directors & on the MS Home Health Medicaid Committee. She then worked at Bolivar Medical Center for many years. In her career, she most enjoyed working as the Emergency Department Director. She wore many hats in the health care community. She remained back up for the Infection Control and Employee Health, acted as House Supervisor when needed, continued to help in Disaster Preparedness, and helped in many other positions. Mrs. Ann loved and adored her family and spending time with them. She especially loved her grandchildren, as they meant the world to her.
She is preceded in death by her parents, Herman Earl Warren and Mildred Marie Warren, and her mother-in-law, Doris Nell Jones Williamson. She is survived by her husband, Ronnie Williamson; son, Ron Williamson (Rondah); daughter, Cristi Sparks (Craig); brother, Kenny Warren (Gigi); grandchildren, Aden Williamson, Jacob Sparks, Justin Sparks, and Raven Wells; father-in-law, Ralph Williamson; brother-in-law, Randall Earl Williamson. In leu of flowers, donations can be made to the Susan G. Komen Breast Cancer Foundation. 13770 Noel Road Suite 801889 Dallas, TX 75380

To order memorial trees or send flowers to the family in memory of Ann Marie Warren Williamson, please visit our flower store.