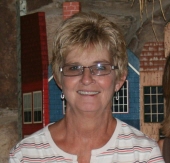 Ms. Beverly Lee McDaniel, 71, of Shaw, passed away Monday, September 5, 2016, at Walter B. Crook Nursing Facility in Ruleville. Visitation will be 5:00 to 6:00 p.m. Thursday, September 8, 2016, at Ray Funeral Home with Memorial Services immediately following beginning at 6:00 p.m. Thursday, September 8, 2016, at Ray Funeral Home with Rev. Robert Haney officiating.
Ms. McDaniel was born in Houston, TX, on July 30, 1945, to Grant Robinson and Jackie Hughes. She was a jack of all trades working at a factory making crystals, planting and harvesting beans on a farm, driving 18 wheelers, and teaching painting classes. She was a skilled artist who created beautiful pieces whether it be on canvas, knitting, sewing, or quilting. Known for her horseshoe throwing skills, she traveled around the state of Texas competing often. In her free time, she enjoyed time with family and friends. She was a wonderful mother whose family enjoyed being with her often. She is preceded in death by her parents, Grant Robinson and Jackie Hughes; daughter, Denise Bohnert; and brothers, Gary Venable and Mark Einkauf. Ms. McDaniel is survived by her children, Chuck Bohnert of Gillett, AR, Laura Norquist (Ronnie) of Shaw, and Bill Bohnert of Hot Springs, AR; grandchildren, Nathan Norquist (Martee) of Shaw, Cody Norquist of Shaw, Dakota Bohnert of Ward, AR, Clayton Briggs of Gillett, AR, Xander Bohnert of Gillett, AR, Bryce Bohnert of Gillett, AR, Sophia Bohnert of Hot Springs, AR, and Julia Bohnert of Hot Springs, AR; great-grandchildren, Kate Norquist of Merigold, and Colby and Korlie Norquist both of Shaw; sister, Cindy Olvera (Joe) of Magnolia, TX; brother, Danny Davilla of Brownsville, TX; and a host of beloved nieces, nephews, and extended family members. In memory of Ms. McDaniel, the family asks donations be made to The American Cancer Society.

To order memorial trees or send flowers to the family in memory of Beverly Lee McDaniel, please visit our flower store.