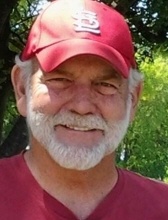 Boyce "BB" Dye 73, of Boyle, MS was called home to be with the Lord on September 01, 2019 in Tupelo, MS. A Celebration of Life Service will be held Saturday, September 07, 2019 at 10am in Ray Funeral Home.
BB was born on January 15, 1946 in Clarksdale MS to Mr. Willie Ray & Ida Dye.  He and his family Moved to California when he was  young child then moved back to Shelby Mississippi in the 9th grade.
His fondest memories of high school included football and the classmates he still called his friends. He graduated from high school in 1965.BB was always mischievous and a practical joker. He loved to keep the laughter going.
He was employed by Illinois Central Railroad and retired from his job after nearly 30 years.   After retiring he opened Boyce Auto in the mid 1980's where was able to work alongside his sons with what he loved cars, motors and racing.
BB loved speed and was always admired for his talent as a local stockcar/racecar driver.  Many of his friends will remember him as the man who had the fastest car "KD1."
He married the late Sara Davidson in which they had three sons.   After there divorce, BB married Wanda Bailey Usery in 1984.  With Wanda's three and BB's three they were often referred to as the Brady bunch.  In 1989 BB and Wanda welcomed Cameron McGraw into the family making seven children in all.
After many racecar trophy's later, and lots of championship titles, BB decided to head for the hills where he moved from Cleveland to Coffeeville MS.  You could find him most days visiting and drinking coffee with his family, his friends, and his grandkids who called him Papaw   BB loved his fur babies .  We always called him a dog whisperer.  Always rescuing animals, and always had a porch full including a few ducks from his pond.  Most notably BB loved his family and was a great friend to many!
BB is preceded in passing by his parents, Willie Ray Dye and Ida Kendall Dye, sister, Ruth Mitchell (Greenville MS).  Brother, Gary Dye Cleveland Mississippi (deceased). Son, Shane Usery

To order memorial trees or send flowers to the family in memory of Boyce 'BB' Dye, please visit our flower store.