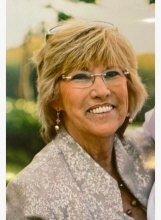 Carol Ann Janous, 79, of Duncan, was called home to be with her Lord surrounded by several members of her loving family in the Methodist University Hospital in Memphis, TN, on July 19, 2021, following a very sudden illness. Visitation will be Thursday, July 22, from 1:00 to 2:00 p.m. at the Duncan Baptist Church in Duncan, MS, with a Celebration of Life Service to follow at 2:00 p.m. Interment will be at the Shelby Cemetery in Shelby, MS. Upon the families request Mask's are encouraged to wear attending service Carol was born on November 30, 1941, in Clarksdale, MS, to Tom and Ann Fullilove of Duncan. She was a beloved and life-long resident of Duncan, known as "The Best Little Town in the Mississippi Delta". For nearly thirty years she oversaw the daily operations of Wylie Insurance Agency, a family business started by her grandfather. Carol Ann was also instrumental in transforming the old Duncan school building into the Oak Grove Retirement Home, a sixty bed nursing facility, in the mid 1970s. She devoted her attention to detail in helping to decorate the interior of the building, as well as developing a landscaping plan to enhance the attractiveness of the exterior. Carol was a long time member of the Duncan Baptist Church, remaining faithful to the congregation as her hometown, like so many others in the Delta, has been in numerical decline over the past several years. Carol Ann married John Janous of Cleveland, on August 5, 2000. By this time, she was enjoying a more relaxed pace of life, and invested her time as a wife and homemaker. She continued to work hard to make sure her home, yard and swimming pool were always ready for visits from family and friends. Carol cherished the role of being the very best Mimi to her grandchildren, doting over them to ensure that her house was always the most fun place to be on earth! A family tradition was also begun during this season of Carol's life, and that was to serve as the hostess of a family gathering every Sunday afternoon for coffee and tea, delicious desserts, and conversations filled with much laughter as her siblings and their families met at Sister's house. Carol Ann was preceded in death by her parents, Tom and Ann Fullilove; her sister-in-law, Carol Fullilove; and two nephews, Josh Abide and Marshall Fullilove. She is survived by her husband, John Janous of Duncan; a sister-in-law, Wydia Bridges (David) of Memphis, TN; a daughter, Lynda Miller (John) of Duncan; a son, Charles E. Smith, Jr. (Tammy) of Sturgis, MS; two brothers, Tommy Fullilove and John Fullilove (Diane), both of Duncan; a sister, Debbie Abide (John), of Cleveland; two nephews, Thomas "Scooter" Fullilove, of Alligator, and Hunter Abide, of Merigold; and two nieces, Grace Moore (Alan), of Madison, and Blair Ladner (Dean), of Cleveland. Carol is also survived by her grandchildren: Taylor Miller (Leanna), Duncan; Apryl Smith, Sturgis; Meri Ansley Sage (Liston), Madison; Laurie Ekland (Steven), Virginia Beach, VA; and Willis Miller, Duncan; her great-grandchildren: Micah and Eli Smith, Sturgis; Robert and Martha Miller, Duncan; and Kate and Camille Sage, Madison; as well as numerous great-nieces and great-nephews. Pallbearers will be Liston Sage, Taylor Miller, Willis Miller, John Miller, Curtis Boschert, and Kenneth Hood. "Precious in the sight of the Lord is the death of His saints." Psalm 116:15 In Lieu of flowers the family wishes all donations be made to Duncan Baptist Church, P.O. Box 115 Duncan, MS. Family encourages mask.

To order memorial trees or send flowers to the family in memory of Carol Ann Janous, please visit our flower store.