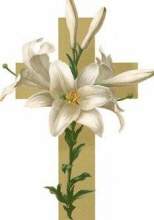 Mrs. Dale S. Kelly, 96, of Cleveland, formerly of Birmingham, passed away Sunday, November 20, 2016, at Providence Nursing and Rehab. Arrangements are pending in Birmingham, AL. Mrs. Kelly was born in Guntown, MS, on December 5, 1919, to Benjamin Lee Smith and Emma Mitchell Smith. On October 1969, she married W. T. Kelly in Birmingham. She was a member of Christ United Methodist Church, and worked for many years as a secretary for numerous companies.
She is survived by her nieces, Nancy Harbison of Sugarland, TX and Carolyn Ballard (Buddy) of Cleveland, MS; and a five great nieces and nephews.

To order memorial trees or send flowers to the family in memory of Dale Smith Kelly, please visit our flower store.