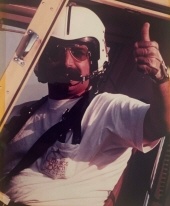 David Michael Lewis, affectionately known as DaDa, was born on October 19th, 1957 to Mr. and Mrs. Arvel Otto "AO" Lewis, Jr of Rosedale, MS. He was a member of class of 1975 at Rosedale High school. After playing football at Moorehead and attending Ole Miss, he decided to pursue his passion of aerial application, graduating from flight school in Albany Georgia. He married his childhood sweetheart, Deborah "Debbie" Isabelle Hays of Charleston in 1978. The couple settled in Tribbett, Mississippi where they formed lifelong friendships and would raise their two daughters, Madelyn Ruth Lewis and Emily Hays Lewis. DaDa developed an impressive career as an Ag pilot running Lewis Air Service in Leland, Mississippi. He was the first pilot in the state of Mississippi to operate the turbine air tractor and flew them exclusively since 1982. Together with his beloved late wife, Debbie, they ran Lewis air service for over 30 years. Throughout those years they formed many wonderful relationships in the agriculture community in the Mississippi Delta and through MAAA (Mississippi Agricultural Aviation Association) where he served on the board for four years. After a brief retirement he returned to the skies and became a partner of Valley Air with the Robertson family of Indianola MS. DaDa generously gave of his time and attention to the younger generations who adored his humor and advice. One of his great joys in life was mentoring young pilots many of whom credit him with their success. DaDa was certainly passionate about agriculture aviation and was awarded many awards of excellence through MAAA. MAAA 1980 pilot of the year MAAA 1999-2000 Lee Abide Award (highest award issued by MAAA recognizing one who has made outstanding contributions to the world of agricultural aviation. MAAA 2001 E.O Champion Operator award
Outside of his career, DaDa achieved master status as a sporting clay shooter, competing in tournaments throughout the world. He was a member of the National Sporting Clay Association as well as the MS Sporting Clay Association and is credited with teaching many young boys to shoot like men. He was long term member of Black Bayou Hunting Club where he enjoyed hunting and spending time with his friends and family, especially his grandson, Reed. DaDa had an incredible sense of humor and was always quick with a joke. He once outshined David Letterman while attending the show as an audience member. He stole precious minutes of air time keeping the audience laughing as he explained his job as a delta Ag pilot. Dada passed away after a six month battle with esophageal cancer on October 22nd. Dada was survived in death by his daughters, Madelyn Lewis Cook (Don) of Hernando MS, and Emily Hays Lewis (Leland), and his grandson Reed Michael Cook. Mother, Elizabeth "Lib" Costanzi Lewis (Rosedale), Brothers, A.O (Patricia), Glenn, Ronnie, and sister, Theresa Lewis Skelton (David), and a host of loving nieces and nephews. Preceded in death by Father, Arvel Otto "AO" Lewis, Jr Wife, Deborah "Debbie" Hays Lewis In lieu of flowers, the family asks donations be made to MAAA Scholarship Fund Delta State University 1000 River Birch Cove Greenwood, MS 38930 Funeral services will be held on Sunday, October 24th with visitation at 1:00 and funeral to follow at 2:00 at Indianola municipal airport - 1 Valley Road Indianola, MS. "When I'm done and pull up from a field, I know I did the best job I possibly could. And if I don't, then I do it again. I hate leaving something undone. The only thing that I ever wanted is to be able to take care of my family and know that I did the best I could each day flying." -DaDa Lewis

To order memorial trees or send flowers to the family in memory of David Michael Lewis, please visit our flower store.
Send a Sympathy Card