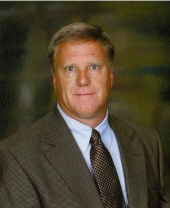 Donald Ray Swafford was called to be with his Lord and Savior on Saturday, June 29, 2019 at his home in Cleveland, MS. A visitation honoring Donald will be held Monday, July 1, 2019 from 5:00 to 8:00 PM at Ray Funeral Home in Cleveland, MS. A second visitation will be held at 10:00 AM, followed by the service at 11:00 AM, July 2, 2019 at First Baptist Church in Cleveland, MS. Interment will be in New Cleveland Cemetery. The family requests "golf causal" attire for both.
Donald was born November 25, 1959 in Cleveland, MS to Lloyd and Kitty Swafford. He and his twin brother, Ronald were raised by their Nana, Sammie Hancock. He graduated from Delta State University where he met his beloved wife of 34 years, Sonya Pullen Swafford. Donald was a loan officer for Renasant Bank (formerly M&F Bank), where he was voted "Best Banker in Cleveland" numerous times. He loved all things outdoors. His favorite hobbies were fishing, hunting, and playing golf. Donald retired from the Cleveland Volunteer Fire Department after serving 20 years. He and his wife, Sonya, were faithful members of First Baptist Church in Cleveland. Donald was passionate about serving others both near and far. Some of his most joyous moments included traveling to Africa to share God's love at Mattaw Children's Village in Kenya. He was a Godly man who always put his family first.
He is preceded in death by his parents, John Lloyd and Kitty Smith Swafford; his Nana, Sammie Hancock, and his sister, Linda Swafford Kirby.
Donald is survived by his wife, Sonya of Cleveland, MS; his daughters, Samantha Swafford Carter (David) of Germantown, TN and Shelby Raye Swafford of Cleveland, MS; his brothers, Ronald Swafford (Tracy) of Cleveland, MS and John Swafford (Marjorie) of Lexington, MS; his sister, Janice Swafford Akers of Jackson, MS; and several cousins, nieces, and nephews. In Lieu of flowers, Donald has requested donations be made to African Missions at First Baptist Church in Cleveland, MS.

To order memorial trees or send flowers to the family in memory of Donald Ray Swafford, please visit our flower store.