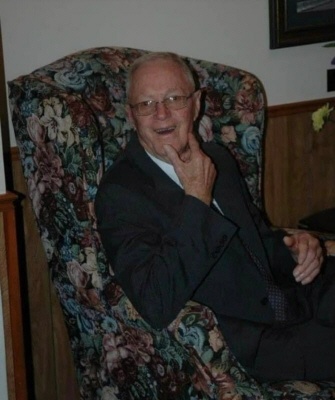 Mr. Earl Mosley of Cleveland, MS went to be with the Lord Wednesday, November 24, 2021. Visitation will be held 1:00 to 3:00 p.m. Sunday, November 28, 2021 at Ray Funeral Home in Cleveland, MS.
Earl was born in Cleveland, MS on December 16, 1930 to James Hubert and Lee Lyons Mosley. He grew up at Zumbro Plantation and attended school at Merigold. He was in the Army and served in the Korean War. He married Charlotte Ervin. Earl worked at Baxter Lab for over 35 years. He liked to garden and had a green thumb. He loved to sing in the choir at church, but he especially liked singing with his brothers. Most of all he loved God, his family, and his country.
He is preceded in death by his parents, James and Lee Mosley; son, Freddie Earl Mosley; 9 siblings.
Earl is survived by his loving wife of 67 years, Charlotte Ervin Mosley; children Paula Mosley Hall (Johnny) of Cleveland, MS, Lana Mosley Hardy (Eric) of Leesburg, GA, and James Leslie Mosley (Sharon) of Leesburg, GA; 8 grandchildren; 15 great grandchildren; brother, Rayburn Mosley (Jean) of Cleveland, MS.

To order memorial trees or send flowers to the family in memory of Earl Mosley, please visit our flower store.