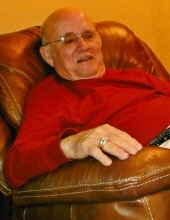 EL Hugh Ferguson born in Glendora, MS to Oather & Rosie (Lowelling) Ferguson. He attended Webb-Swan Lake Elementary School as a young boy. EL Hugh lived in Tallahatchie County as a young man. He graduated Drew High School. After graduation he joined the National Guard and served in the Korean War. EL Hugh farmed in Tippo & Tallahatchie County with his father for many years. He lived in Webb for many years and was a devoted member of Webb Baptist Church and the Lion's Club. He later went to work at Parchman & retired as a postal clerk. EL Hugh moved to Cleveland in 2006 & lived with his little dog Benji. He was a faithful member of the Yale Street Baptist Church. EL Hugh was loved by all that knew him. He attended the National Guard meeting every year, until there was only 3 members left. Most of all he loved God, his family, and his country.

There is love & gratitude to his caregivers Cliff & Cathy Cooper who were there day or night. Also, his hospice nurses, Francis & Alfrreda and his many neighbors that came wen he needed them. A very special thank you to my sweet mother, Elizabeth Gray, who was there with me & my daddy day & night. He will be greatly missed by his family & friends.

To order memorial trees or send flowers to the family in memory of EL Ferguson, please visit our flower store.