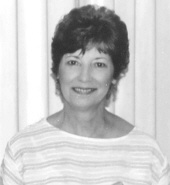 Anne Elizabeth Cox Dilworth, 70, passed away Saturday, January 4, 2020, at University Medical Center of Mississippi in Jackson. She leaves her beloved sons Parker William with his girlfriend, Julia Stowers, and Hiram Lee along with his wife Genna. Anne was born March 31,1949, to Mary Elizabeth and William Cunningham Cox, joining her brother William Glenn who survives her with his wife Suzan. Visitation will be Wednesday, January 8, 2020 from 5 to 7 p.m. at Ray Funeral Home. There will be a private burial at St. Peter's Cemetery in Oxford.
A graduate of Callaway High School in Jackson where she was chosen "Most Beautiful" (always an embarrassment to her), Anne continued her education at Mississippi State College for Women joining the Rogue Social Club and Blacklisters becoming the life of the organizations, no doubt.
After finishing at the W, Anne married and began her most cherished role, mother to her two boys. She absolutely lit up when they visited. She was the consummate raconteur leaving us aching and crying with laughter at her Hiram stories (you just had to have heard them). Her descriptions of Parker's athletic talents were backed by a captive audience viewing videos of his football games. Parker and Hiram were the stars of her firmament.
Anne's professional life began with her becoming Cleveland's most sought after caterer creating culinary delights for her clients. Next, Anne became head chef at McCarty's Gallery which to this day offers a menu made up of her recipes.
Anne answered her true calling when she began working at the Chamber of Commerce. She was its ace member, the heart of it, working tirelessly for her cherished Cleveland. Without Anne, there would have been no Octoberfest and no Italian Festival. She had a knack for recruiting, making one feel the most menial job was crucial. She had socialites slinging hamburgers and pulling beer. These same women rolled and rolled and rolled 5,000 meatballs for Italian Festival. No one said "no" to Anne. She was inexhaustible when it came to getting the work done.
Anne's house was everybody's home, headquarters for planning and command - central for Chamber projects. Wonderful meals were served there to a chorus of "yums" and only after all was consumed she informed her guests what wild game she had tamed to deliciousness - boar, elk, deer, you name it. The only thing Anne ever shot was her sofa. Admiring a gun a friend gave her, she blew a hole in her couch. No problem - she cut out the swatch and had it mounted on her wall. She loved a prank. Learning a friend had given sanitation workers $100 for Christmas, she and a cohort outfitted themselves as trashmen, complete with green day-glow vests and came to collect.
Now its time to close this chapter. Anne was a true Delta character; her legend continues to live in our hearts. There was only one, and she was dearly loved. We will always feel the presence of her absence.
Memorials may be made to the Cleveland Bolivar County Animal Shelter or the charity of your choice.

To order memorial trees or send flowers to the family in memory of Elizabeth Anne Dilworth, please visit our flower store.
Send a Sympathy Card