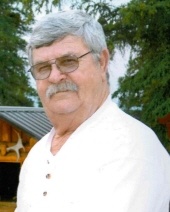 Francis Ray Travis, 73 of Rosedale, MS passed away on March 12, 2020 at Methodist University Hospital in Memphis. He was born December 16, 1946 in Rosedale to Myla Ruth Davis Travis and Littleton Ned Travis. After graduating from Rosedale High School in 1965, he enlisted in the United States Air Force during the Vietnam era. At that time, you could join on a "buddy system". He and little Perry Martin joined up together, but never saw each other again. After basic training in the US, he was sent to Kurat Air Force Base, Thailand and Tak Le Air Force Base, Thailand as crew chief on 105 fighter bombers. He was honorably discharged in 1970. He obtained his commercial ASEL license from MS School of Aviation in Jackson in 1971 and worked for Rosedale Flying Service for 37 years before retirement. He married Betty Milling at Trinity Baptist Church in Rosedale on June 24, 1972. Ray Travis had a strong Christian faith and a gentle spirit. He was a member of First Baptist Church in Rosedale where he served as a deacon and former Sunday School teacher. He was also a past director of Rosedale Little League for several years. He enjoyed hunting, fishing, wood-working, golf and Bible study. His greatest pleasure was spending time with his "grands".
Mr. Travis was preceded in death by his parents, a sister Patty Sue Huff, a brother Ned Travis Jr, and a son Robin Ray Travis. He is survived by his wife of 47 years; one son, Chad Ashley Travis (Jill) of Hernando, MS; and a daughter Amy Travis Boyles (Doug) of Hernando, MS; three grandsons, Aiden Luke Travis, Carter Douglas Boyles, and Bruin Travis Boyles of Hernando; Three granddaughters, Anna Grace Travis, Loxley Emery-Robin Boyles, and Aspen Jade Travis of Hernando. He is also survived by three brothers, William Edward Travis (Brenda), of Boydton, VA, Charles Seth Travis (Laurel) of Rosedale and Joe Fields Travis (Sandra) of McCalls Creek, MS; two sisters, Patricia Junkin of Cleveland, and Ruthie Sellers (Willie) of Shaw; a Sister-in-law Nelda Travis of Lafayette, LA; also several nieces and nephews. In lieu of flowers, memorials may be made to St. Jude Children's Hospital, West Cancer Center, or First Baptist Church Rosedale

To order memorial trees or send flowers to the family in memory of Francis Ray Travis, please visit our flower store.
Send a Sympathy Card