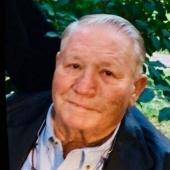 Ronnie Gale Roark, 82, of Cleveland, Mississippi, passed away at his home on June 12, 2021, surrounded by his loving family, friends, and caretakers. Gale was born to Alvin Arlee Roark and Iona Brock Roark on March 16, 1939, in Warren, Arkansas. At an early age, his family moved to Boyle, Mississippi, where Gale spent much of his life. Gale was educated in the Boyle and Cleveland, Mississippi, schools prior to joining the United States Air Force where he served in the 839th Transport Squadron with a final stationing at Sewart Air Force Base in Smyrna, Tennessee. He was honorably discharged as an Airman with specialty certifications in metals and boilermakers after touring throughout the world. On December 18, 1964, Gale married Linda Griffin with whom he would spend the rest of his life. After returning from serving in the military, Gale worked in the welding and machine shop business serving farmers, factories, and others throughout the Mississippi Delta until his retirement in 2016. Gale was known for being able to make or fix anything. He was loved and admired by his customers, and it was often said that "Gale Roark can weld anything but a broken heart, and he could make that feel better."
Gale was known for going full blast in all aspects of life. He could outwork, outcook, and outhustle anybody. He was also known for being physically tough, active, and highly courageous. Yet, to his family he was simply a gentle giant. His love and adoration for his wife of fifty-six years and his three girls was unmatched. He demanded a lot from those around him, including his family, but Gale would do anything for anybody in his circle of life. Gale was a man's man, a risk taker, and an outdoorsman. He was a man that needed a boy to raise, but God gave him three girls who he taught to fish, hunt, cook, and persevere. God later rewarded him with some boys by giving him three grandsons and two bonus girls in his two granddaughters.
Gale was legendary for his quick wit and plain-spoken demeanor. He had numerous friends and loved his big, extended family. He looked forward to family gatherings around holidays and reunions. He and his siblings would often reminisce about their childhood years growing up as country kids who knew how to entertain themselves, which often involved mischief. As an adult, he loved spending time on the lakes around Bolivar County and on the Mississippi River. He was an avid hunter and fisherman with his expeditions often decorated with thrilling, adventurous stories. He never met a stranger and could easily talk to anyone. He loved to play dominos with his friends at the Rabbit Run in Skene, Mississippi. He also enjoyed gardening and many people have indulged in one of his homegrown tomato sandwiches or a spread of his fresh vegetables. Gale liked to do everything big and in grand scale. He was a fabulous cook and was often called upon to cook for large-scale events. He often used cooking equipment that he designed and built to prepare some of the best fried fish buffets and banana pudding known to man. He was also known for making homemade hot sauce that could put any store-bought versions to shame. He loved to gift his talent of cooking to friends and family.
Gale was preceded in death by his parents, Alvin and Iona Roark, by his older brothers, Winfred "Sonny" Roark and Jimmy Frank "Toby" Roark, and an infant sister, Patsy Ann Roark. He is survived by his wife, Linda Roark, of Cleveland and his three daughters, Linda Gail Newton (Curt) of Boyle, Mississippi, Rhonda Bagby (Hugh) of Madisonville, Louisiana, and Susan Morgan (Kemp) of Cleveland, Mississippi. He is also survived by his five grandchildren, Taylor Newton, Sydney Bagby, Dylan Bagby, Rhodes Morgan, and Parker Newton. He is also survived by his brother, Murry Roark (Lisa) of Boyle, Mississippi, his sister, Sarah Nabors (Eddie) of Indianola, Mississippi, and four sisters-in-law, Freddie Roark of Cleveland, Mississippi, Brenda Roark of Salem, Oregon, Lizzie Roark of Oxford, Mississippi, and Charlotte Griffin of Boyle, Mississippi, as well as many cousins, nieces, and nephews. He is also survived by close friends Ed and Glenda Pollan and Barbara Abel, all of Cleveland, Mississippi, and Lynn and Barbara Cranford of Greenville, Mississippi. Services will be held at First Baptist Church, Boyle, Mississippi, where Gale and his family were lifelong members. A private family viewing will be held at the church at 10 am on Monday, June 14, 2021, with a public visitation from 12 noon to 2 pm followed by a 2 pm service officiated by Pastor Fish Robinson, a friend of the family. Burial will be at Delta Heights Memorial Gardens immediately following the service. Pallbearers will be nephews, Fred Roark, Al Roark, Chip Nabors, Trent Griffin, and Wes Lawrence along with close family member, Stanley Griffin. The family would like to especially thank the many friends and family who have offered support in recent weeks. The family would also like to express sincere appreciation to Dr. Don Blackwood, Nurse Marjorie Sappington, and personal sitters, Bertha Steward and Ashley Dumas for their love, compassion, and guidance during Gale's final days.

To order memorial trees or send flowers to the family in memory of Gale Roark, please visit our flower store.