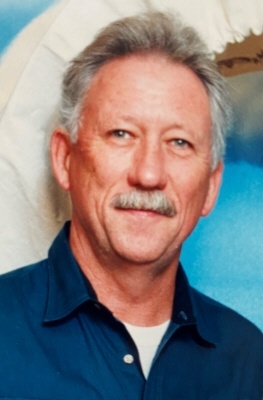 George Thurman Campbell Jr., 77, of Cleveland, MS went to be with the Lord Sunday, November 28, 2021. A visitation will be held 10:00 a.m. to 11:00 a.m. Saturday December 4, 2021, at First Baptist Church in Cleveland, MS with a Memorial Service to follow at 11:00 a.m. Bro. Brad Beckwith and Dr. Ryan Whitley will officiate. Honorary pallbearers are Terry Wax, Terry Russell, Larry Laster, Ricky Campbell, Keith Lawrence, Sr., & Keith Lawrence Jr. George was born October 18, 1944, to George & Ruth Campbell Sr. in Cleveland, MS. He was an auto mechanic for 55 years. George married Donna Lawrence November 22, 1975, in Cleveland, MS. George was an avid fisherman and outdoorsman. He was very knowledgeable in auto mechanic, he loved cars and tinkering around with them. As a young man he worked for his father at George’s Lawn Mower Shop. George went to school at the University of Southern Mississippi to become a certified teacher, so he could teach automotive technology He taught at Parchman from 1971-1981 as well as volunteering some at MDCC Vocational Center. In his spare time, he opened an automotive repair shop George’s Speed & Sport and eventually he changed the name to George Campbell’s Automotive. George joined the Exchange Club of Cleveland November 1, 1981. He was an active member until July 21, 2005. During that time, he served as the chairman for several of the club’s projects including Prevention of Child Abuse, Americanism, Community Service, and National Day of Service. He also served as Secretary, Treasurer, Vice President, and President of the Exchange Club of Cleveland in the 1980’s. George was a devout Christian who loved his church. He was a deacon at First Baptist Church. He was involved in the youth group for many years and sang in the choir. Even in his later years he was still teaching and consulting from his bed at Walter B Crook. He is predeceased by his parents, George & Ruth Campbell Sr. George is survived by his wife Donna Campbell; sons, Mike Campbell of Greenwood, MS and Tom Campbell (Babs) of Covington, GA; brother, brother, Charlie Campbell; sister, Linda Wax (Terry); grandchildren, SSGT Christopher Cade Campbell (Logan Olivia), Mikayla Braswell, Ansleigh Braswell, Haily Campbell, Nikki Cosby, Ashley Douglas; 6 great grandchildren. George unselfishly donated his body to science for the future of people with the same illness as him. In lieu of flowers donations can be made to Walter B Crook Nursing Home in Ruleville, MS or First Baptist Church of Cleveland, MS.
To order memorial trees or send flowers to the family in memory of George Campbell, please visit our flower store.
Send a Sympathy Card