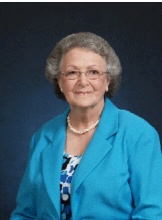 Helen Fulgham Johnson, 76, passed away Wednesday, October 4, 2017 at 10:33 p.m. in Cleveland, MS.
There will be a visitation on Sunday, October 8, 2017, from 2:00 - 4:00 p.m. at Ray Funeral Home in Cleveland and a second visitation on Monday, October 9, from 1:00-2:00 p.m. at Double Springs Baptist Church in Maben. Services will begin at 2:00 p.m. on Monday, October 9, at Double Springs Baptist Church with burial following in the Clear Springs Primitive Baptist Cemetery in Maben. Ray Funeral home is in charge of the arrangements. Brother Brad Beckwith and Brother Milton Burd, both of First Baptist Church, Cleveland, will be officiating.
Helen spent most of her life as a bookkeeper in the Starkville and Vicksburg areas. She worked as a news clerk in both Vicksburg and Cleveland. For many of her final years, she served the Cleveland community as a care giver. She was a member of First Baptist Church, Cleveland.
She is preceded in death by her parents, Joe Elmer Fulgham and Lillie Leona Mullen Fulgham; sisters, Lavenia Moore and Opal Craft; brother-in-law, William Craft; sister-in-law, Roxie Fulgham; and four nephews.
She leaves behind her children, Ronald (Karen) of NYC, NY and Cheryl (Brett) Oleis of Cleveland; her grandchildren, JD Butler of NYC, NY, Henry Butler of NYC, NY, Tommy Butler of NYC, NY, Amanda (Ryan) McBride of Hattiesburg, Michael Oleis of Nashville, TN; her great-granddaughter, Isabella McBride of Hattiesburg; her sisters, Celess (Bobby) Butler of Starkville and Judy (Jesse) Whitehead of Corinth; brothers, Joe (Carole) Fulgham, Jr. of Maben, William Fulgham of Maben; brother-in-law, William Moore of McLemoresville, TN; and nieces and nephews.
Pallbearers will be Ronnie Butler, JD Butler, Henry Butler, Tommy Butler, Brett Oleis, Michael Oleis, and Tom Brabston.
In memory of Mrs. Johnson, the family the request that donations be made to Robert E. Smith School of Nursing.

To order memorial trees or send flowers to the family in memory of Helen Fulgham Johnson, please visit our flower store.
Send a Sympathy Card