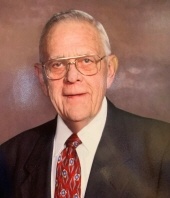 Homer Lester Sledge, Jr. aged 84, passed away peacefully at home surrounded by his loved ones.
Homer was born to the late Artie Hamer and Homer Lester Sledge, Sr. in Greenville, MS on June 29, 1937 in King Daughter's Hospital.
A life-long resident of Cleveland, Homer attended Hill Demonstration School, Cleveland Public Schools, graduated with a degree in Economics from Millsaps College in Jackson, MS and attended graduate school in Finance at the University of Mississippi.
In 1961, Homer returned the family business, Nehi Bottling Company in Cleveland, where he served as President.
Also, in October of 1961, Homer married Joyce Simpson, formerly of Rosedale and this started a long and happy marriage lasting over 59 years.
A life-long member of the First United Methodist Church of Cleveland, Homer served as a former member of the Administrative Board, the Finance Committee, the Methodist Men's group and one of his proudest moments was to serve on the church's renovation committee back in the early 2000s. Homer was actively involved in the Cleveland community serving as former Chairman of the Board of Cleveland State Bank, former member and past president of the Cleveland Rotary Club, a member of the Cleveland/Bolivar County Chamber of Commerce, and former President of Radio Cleveland, Inc.
He was also very active within the life of his children having been a former Member of the Board of Trustees of Presbyterian Day School, former Member of the Board of Directors of Bayou Academy, and also a member of the Delta State University Foundation board.
During his early years, Homer was proud to serve as a member of the Mississippi National Guard.
Spending his life dedicated to the soft drink industry, Homer was a member of the Soft Drink Bottlers Association, having served on the National Soft Drink Board, past president and former Director of the Mississippi Soft Drink Association, member of the Board of Director of the Royal Crown Bottlers Association, member of the 7 UP Bottling Board, and former member of the Board of Directors and also served as Chairman of Allied Purchasing Co-Op. He also formerly served as a member of the Board of Directors of the Mississippi Economic Council. It was through his affiliation with the Dr Pepper Company that he and Joyce were privileged to travel extensively through the United States and were blessed to tour 6 of the 7 continents of the world. Because of Homer's many contributions to his business and the community he was featured in the 1987 Beverage Industry Magazine and the gracious recipient of the Mississippi "Bottler of the Year" Award in 1991, the Gladys Castle "Friend of Delta State University" Award, the Lawrence L. Stewart Award, the H.L. Nowell Real Hero Award, both from Delta State University. Homer was honored to be the first recipient of the Cross-tie Arts Patron of the Year award in 2018.
Homer was a Paul Harris Fellow, the highest honor bestowed by the Rotary Club. He was honored by the Margaret Green/Cleveland High Booster Club with the "Homer Sledge, Jr. Day at Cleveland High School, recipient of the Outstanding Friend of the Bolivar County Library Award, the Community Service Award given by the Mississippi Delta Chapter of the DAR, nominated and served as King of the Junior Auxiliary Charity Ball in 1995, recipient of the highest honor given by the Cleveland/Bolivar County Chamber, the Kossman Award in 2008. Homer was also honored by French Camp for the donation of the family's old log cabin which has been made into a museum on the French Camp campus.
While Homer was most proud of this family, he was also proud to enjoy Nehi Bottling Company celebrating its 90th Anniversary in March of 2017. Homer is survived by his wife, Joyce of the home, his daughters Joyce Sledge Tucker (Mike) of Madison, MS, Edith Sledge Scholwinski (Brian) of Allen, TX, and his son, Homer Lester Sledge, III (Susan) of Cleveland.
He also leaves behind four grandchildren, Anna Sledge Tucker and Leigh Adale Tucker of Madison and Magnolia Helene Sledge and Homer Lester Sledge IV of Cleveland.
Pallbearers are Danny Whalen, Randy Howarth, Bill Griffith, Joseph Crews, Mark Koonce, Dennis Gates, Harry Lott and George Steen.
Honorary Pallbearers are Nevin Sledge, Wilson Sledge, John Sledge, Billy Nowell, Kirkham Povall, Nott Wheeler, Fred Johnson, Johnny Arnold, John Arnold, Ed Coleman, Joe Denson, Stan Gaines, Trent LaMastus, Bubba Mancini, Ken Mullens, Chris Braswell, Don Aylward, Don Conger, Dr. Steven Clark, Eckward McKnight, Tom Box, John Henry, Buddy Ware, Bob Ragan, Bob Willbanks, Kevin Cox, Don Joe, Butler Denton, Buddy Long, Randy Little, Lannis Hancock, John Paul Gates, James Glorioso, Brian Bishop, Bennet Crow, and Tyler Dunavent.
In lieu of flowers, the family requests that memorials be sent to First United Methodist Church, Post Office Box 130, Cleveland, MS 38732 or French Camp Academy, 1 Fine Place, French Camp, MS 39745.
His life was a blessing, his memory a treasure, he was loved beyond words and he will be missed beyond measure.

To order memorial trees or send flowers to the family in memory of Homer Sledge Jr., please visit our flower store.
Send a Sympathy Card