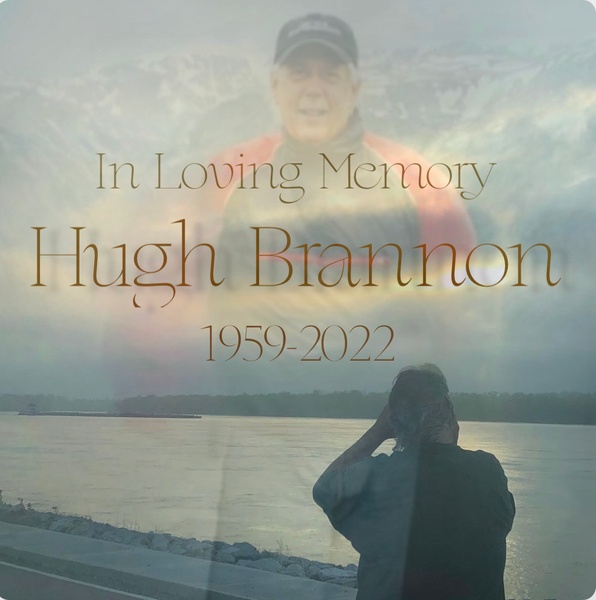 Hugh Sansing Brannon 62, of Cleveland, MS was called home to be with our Lord and Savior on Friday, April 22, 2022.A visitation in honor of Hugh will be held Monday, April 25, 2022 from 12-1:00 PM at Calvary Baptist Church in Cleveland, MS. A Celebration of Life Memorial Service will be held at 1:00P.M. following the visitation at Calvary Baptist Church.

Hugh was born on December 11, 1959 to Hugh Gamble & Jane Elizabeth Brannon. Hugh grew up in and around the delta until he went on to attend and graduate from French Camp Academy. After high school Hugh went on to farm for several years until getting his first job with Kirk Auto as a service underwriter. For over twenty years Hugh devoted himself to the automotive industry and spent the last years at Cannon automotive.  Hugh married the love of his life  Wendy Raper on March 11, 2017.  In Hugh’s spare time he liked to build things. An if there was one thing Hugh could do that was cook. For many years Hugh has served to his  church Calvary Baptist Church selflessly and centered his  family around the lord , and would do anything for anyone in need. Hugh was never the type of man who asked for to be praised, or did anything for glory. Hugh was the man in the gap always willing to serve anyway seen fit.  Most of all Hugh was a devoted & loving husband, father, and grandfather who cherished his grandson Declan like his own son.

To order memorial trees or send flowers to the family in memory of Hugh Brannon, please visit our flower store.
Send a Sympathy Card