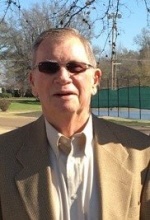 On Tuesday, December 24, 2019, James Harold Boggs, affectionately known to everyone as "Pops", loving husband and father of two sons, passed away at the age of 80. James was born on January 17, 1939 in Shreveport, Louisiana to Reginald Boggs and Jervis (Horn) Boggs. James married Judith Gale Smith on January 28, 1960. After receiving his Bachelor of Science from Louisiana State University in Baton Rouge in 1961, he worked for Bausch and Lomb in Baton Rouge and Mendenhall, Mississippi. In 1969, James and Judy moved to Cleveland, Mississippi where Pops started Cleveland Optical which he owned and operated for 50 years. James was active in his community and in his profession on both the State and National levels serving as President of the Optician's Association. Pops was always known for his quick wit as well as his kind and compassionate spirit. Pops greatest joy was following sports and watching his sons, Richard and Reggie as well as his grandsons as they played sports through high school and college. If he was not at a Cleveland High game, he was at a Mississippi Delta Community College, Hinds Community College or Louisiana Tech University baseball game watching his grandsons play. His impact on Cleveland sports will forever be remembered through the baseball field house at Sank Powe Field which is affectionately named "Pops" Field House in his honor. Pops also helped establish the Cleveland High School and Delta State University Athletics Booster Clubs and served as President of both. James is preceded in death by his parents. He is survived by his wife of 59 years and his two sons, Richard Boggs and wife, Nancy, of Cleveland, Mississippi and Reggie Boggs and wife, Lennys, of Houston, Texas as well as his sister Regina Boggs Marrone and her husband, Ray. His grandsons are Taylor Boggs, Marshall Boggs and his wife Blake, and Christopher Boggs. Pops greatest love was his family and friends, especially his grandchildren. Pallbearers for the Cleveland service are Dr. Larry M. Allen, Gib Ellis, Jerad Hunt, Tommy Hunt, Ray Marrone, Jr., Vince Ray, Jerry Van Namen, and Scott Wojtkiewicz. Members of his Supper Club, his coffee group, and the Elliott Lake Hunting Club will be Honorary pallbearers. The graveside Pallbearers are his nephews Bob Benton, Jr., Thomas Everett, Jacob Huff, Kenneth Huff, Ray Marrone, Jr., and Rod Oglesby. The Boggs family sends a special thanks to his caregivers who took special care of Pops for two and a half years, Gwen Christian and Shirley Scott. Visitation will be held Friday, December 27, 2019 at Ray Funeral Home from 5:00 to 7:00: The funeral service will be held on Saturday, December 28, 2019 at Immanuel Baptist Church with a visitation at 10:00 and the service at 11:00. In lieu of flowers, the family requests that donations be made to the American Parkinson Disease Association, Presbyterian Day School or the Booster Club at Cleveland Central or a charity of your choice.

To order memorial trees or send flowers to the family in memory of James Boggs, please visit our flower store.