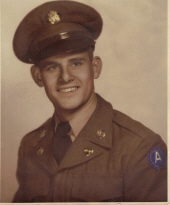 James Ray "Jay" Broadwater, 88, passed away after a lengthy illness on October 14, 2016 at Providence Assisted Living in Cleveland, MS. Visitation will be held at Yale Baptist Church Sunday, October 16, from 2:00 - 3:00 p.m. with services at 3:00 p.m. with Rev. James Breland officiating. Interment will follow in North Cleveland Cemetery.
Jay was born May 13, 1928 in Florence, MS to the late Lewis Abner Broadwater and Carrie Zola McLendon Broadwater. In his early life, Mr. Broadwater worked for three years as a sharecropper before beginning work with Mississippi Power and Light Company. He remained with MP&L as a machinist for thirty-six years. Besides his work, Jay loved to garden, hunt and serve his church. Until his illness became debilitating, Jay was an active member of Yale Street Baptist Church, where he was a deacon, taught Sunday School, and Discipleship Training.
Beside his interest in gardening and hunting, Jay served as "Santa Claus" for many years at the Ellis Theater.
He was an active member of the International Brotherhood of Electrical Workers and also served stateside in an artillery battalion during the Korean War. â€‹ Jay was preceded in death by his wife Ruth, one daughter, Patricia Laverne and one son, Kelly Ray. He is survived by his children James Stacey Broadwater (Lelane) of Fort Worth, TX, Timothy Scott Broadwater of Grenada, and Kimberly Jaye Broadwater of Cleveland. He also leaves behind three grandchildren Joshua Broadwater of Fort Worth, TX and Amanda and Ian Broadwater of Grenada; and a host of nieces and nephews.

To order memorial trees or send flowers to the family in memory of James Ray 'Jay' Broadwater, please visit our flower store.