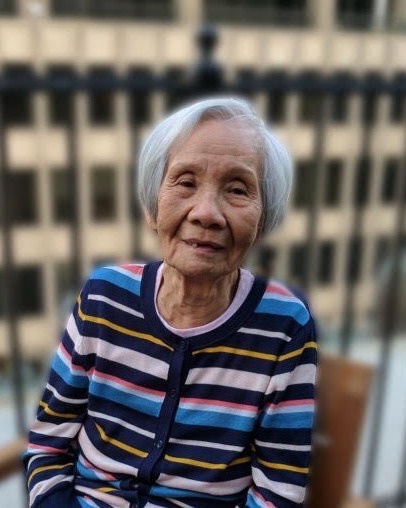 Jean Fong Jee was 94, was called home to be with our Lord and Savior while surrounded by her family  on August 15, 2022.  Visitation will be held 10:00 a.m. to 10:30 a.m. Monday, August 22, 2022 at Ray Funeral Home in Cleveland, MS.  Celebration of Life Service will immediately follow at 10:30 a.m.  Graveside Service will be at Lehrton Cemetery following the service.

Jean was Born March 1, 1928 in Kwantung, China to a homemaker mother and factory worker father, Jean Fong (Wai Wah) Jee, was the youngest of three children. Her family lived in a 3-story tower structure called a dialou near a fish- and clam-filled river that was used for drinking water. She enjoyed playing many sports at her local school which was also used in World War II as a place of hiding by people from neighboring villages.

Jean married James (Way Horn) Jee on July 8, 1948, an established grocery merchant of Jee & Company in Ruleville, MS, and came to the U.S. She learned to speak English and received some education with the help of Baptist missionaries and private tutors, and adapted to American and Southern cultures and customs shared with her by her in-laws, the Mississippi Delta Chinese community, customers and friends of Jee & Company. She and James would continue to run Jee & Company for another 41 years until James’ death in 1989.

She was a fan of Elvis and the Beatles, enjoyed watching Fred Astaire, Gene Kelly, Bing Crosby and Judy Garland movies, and was obsessed with NFL football, professional tennis and the Price is Right game show. She loved gardening, cooking and most of all spending time with her children, grandchildren and her great granddaughter. She will best be remembered as a resilient, hard working, generous and selfless woman devoted to her children, family and friends.

Jean is preceded in death by her parents, siblings, husband, James Jee, sister-in-law, Ellen Fong, and son-in-law Howard Hoo. She is survived by her in-laws, nieces, nephews and four children, Rodney (Fern) of Phoenix, AZ, Darrell (Vicki) of Greenwood, MS, Emily and Lisa of Mountain View, CA, her grandchildren, Justin (Casey) of NYC, Lauren of Washington, D.C., Joel of Greenwood, MS, Charlotte of Mountain View, CA and her great granddaughter, Pao of NYC.

In lieu of flowers, donations can be made to the non-profit, St. Jude Children's Research Hospital, instrumental in the treatment of her daughter Lisa as a young child.

To order memorial trees or send flowers to the family in memory of Jean Fong Jee, please visit our flower store.