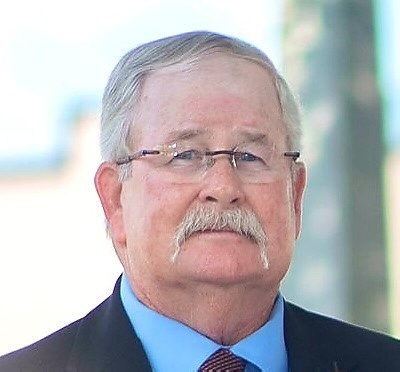 Jerry W. Hobson, 71, of Gulfport, MS, passed away on Monday, December 6, 2021, at Memorial Hospital in Gulfport.
He was born in Greenwood, MS, on January 12 ,1950 to the late Androclus Hobson and Addie Lishman Hobson Jerry grew up in Drew, MS, and graduated from Drew High School in 1968. He attended both Mississippi Delta Junior College and Delta State University. He was a farm manager in the Delta for many years before moving to Gulfport. He retired from Mississippi State University Coastal Research & Extension Center in Biloxi, MS.
Jerry was preceded in death by his father, Androclus Hobson; his mother, Addie Lishman Hobson; and his sister, Mary JoAnn Hobson Giompoletti.
He is survived by his wife, June Ingram Hobson of Gulfport, MS; his sons, Justin Hobson (Ashley Benson) of Nashville, TN, and Brian Hobson (Stephanie) of Tupelo, MS; his grandson Augustus Wayne Hobson; his step-grandson Aden Cosby; his sister, Bonnie Jean Hobson Childers of Clinton, MS; his brother, James Hobson (Marilyn) of Oxford, MS; his nephew, Jason Childers and family of Roswell, GA; his nieces, Amy Kittrell and Family of Clinton, MS, Leslie Strech and Family of Franklin, TN, and Paige Burcham and Family of Lewisville, TX.
Jerry enjoyed his horses and attending ropings where he met numerous people whom he considered his very best friends. After moving to the Gulf Coast, he enjoyed going fishing. His favorite pastime was playing with his grandson.
A memorial service will be held on Thursday, December 9, 2021 at 1:00 p.m. at Ray's Funeral Home in Cleveland, MS. Immediately following a Celebration of Life will be held at Airport Grocery at 2:00 p.m. for everyone to share their favorite memory of Jerry.
In lieu of flowers, memorial may be made to St. Jude Children's Research Hospital or your favorite charity.

To order memorial trees or send flowers to the family in memory of Jerry W Hobson, please visit our flower store.