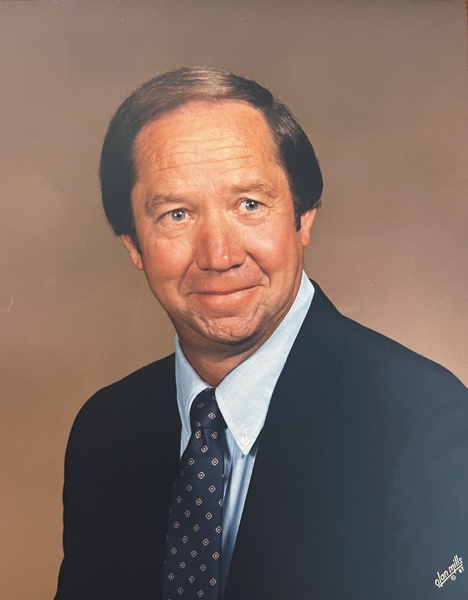 John (Johnny) William Norquist, beloved husband, father, grandfather, brother, brotherin-law, uncle and friend departed this life during his hospital stay at St. Luke’s Hospital in Chesterfield, Missouri on June 1, 2022 surrounded by his family. Johnny was born on January 6, 1940, in Drew Mississippi, where he spent his early childhood. He later moved with his family to Cleveland, Mississippi and attended Cleveland High School. Although Johnny lettered in baseball, track and football, it was on the gridiron that his athletic talents really showed. He was named and played in the Prep All American team in 1960 and earned his high school diploma that same year. After graduation, Johnny attended Ole Miss on a football scholarship. but left Oxford after his freshman year. He enrolled at Delta State College where he played Defensive End until his graduation with a Bachelors of Science in Education in 1965. Johnny was the first member of his family to earn a college degree. Johnny began his coaching carrier at Leflore County High School in December of that same year as an assistant varsity football coach and girls varsity track coach. He was subsequently hired as an assistant varsity football coach for Drew High School where he coached Archie Manning during his senior season. Johnny later returned to Leflore County High School as co-head football coach before ending his coaching career. Johnny was a bit of a Renaissance Man. Following his coaching carrier, Johnny moved back to Cleveland, Mississippi, where he owned and operated a Gulf Service Station and then a flooring company known as Norquist Carpet World. Johnny built grain bins for Simmons and Belk. He served as an outside salesman for F&I Machine Works, Certified Laboratories and Mormar, Inc. where he was the highest grossing salesman for 6 years. In 1995, Johnny, along with his wife Gloria, created Southern Sanitation Enterprises, Inc., which provided sanitation services for food processing plants in south Mississippi. They later owned and operated their own chemical and sanitization company until his retirement in January of 2020. Johnny was a fierce competitor and an avid supporter of his beloved Ole Miss Rebels and Delta State Statesmen and a devoted civil servant. Johnny served as a volunteer fireman for 15 years for the Cleveland Volunteer Fire Department. He loved the outdoors and was a fantastic crappie fisherman. As the song goes, he “could skin a buck and run a trotline”. Second only to his love for his family and his friends was his love of golf. While his success as a business man, friend and father is beyond reproach, his success as a golfer will remain a serious issue of debate for his family and friends for years to come. Johnny was predeceased by his parents, the late David Norquist and the late Eunice Norquist; his brothers, the late Roy Norquist and J.D. Norquist and his sisters, the late O. U. Darling, Elleree Allen, Zell Jeffcoat and Sue Byrd. He is survived by his wife of 56 years, Gloria Norquist; son David Norquist; daughter-in-law Melissa Norquist; daughter Melissa Norquist Juenger; son-in-law Kevin Juenger; granddaughters Riley Juenger, Catie White and Claire White and grandsons Sam Juenger, Clayton Norquist, Mitchell Norquist and Reaves Norquist. Johnny was a member of Shipman Chapel United Methodist Church. Visitation will be Monday June, 6 2022 from 10:00-12:00 a.m. with a celebration of life to follow immediately at Ray Funeral Home, 206 Bishop Rd, Cleveland, MS 38732. In Lieu of flowers, please make donations in his name to either St. Jude’s Children’s Hospital or Cleveland Volunteer Fire Department.

To order memorial trees or send flowers to the family in memory of John William Norquist, please visit our flower store.
Send a Sympathy Card