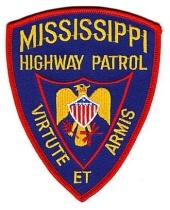 Mr. John S. Pressgrove, 87, of Cleveland, passed away Monday, August 22, 2016, at Indywood Estate. Mr. Pressgrove was born inCharleston MS on March 27, 1929, to John S. Pressgrove Sr. and Polie Doggan Pressgrove. He proudly served our country in the National Guard. He worked for many years with the Mississippi Highway Patrol in the detective division, and later was personal security for Senator James Eastland. He was a member of the Benoit Outing Club and President of the Ozark Hunting Club. John is preceded in death by his parents and three sisters. He is survived by his wife Mary Kathryn Pressgrove (Nee Schubert); son, John Pressgrove; grandson, Jason Pressgrove and wife Jessica; two great grandsons, Jackson Roberts and Harris Griffin. Also survived by stepdaughter, Vivi Waddell and husband Darren and daughter, Neysa; stepson, David Sorenson and wife Carol. A memorial service will be held 10:00 a.m. Saturday, September 17, 2016, at the Drew Methodist Church with lunch following. Rev. Glenn Seefeld will be officiating.

To order memorial trees or send flowers to the family in memory of John S. Pressgrove, please visit our flower store.