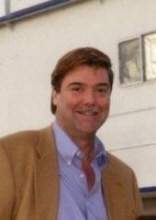 John Janoush died after a courageous battle against lung cancer on Tuesday, May 23, 2017, at Baptist Hospital in Jackson, Mississippi.  He was born in Cleveland on November 17, 1954; he was 62 years old.
He attended Ole Miss where he was a member of Sigma Alpha Epsilon and graduated from Delta State University in 1976 with a BBA inn Business Administration.
John was the Vice President of Operations of JANTRAN, Inc. in Rosedale with his brothers, Joe and Paul and was with the company since 1981.  He was a member of the Cleveland-Bolivar County Chamber of Commerce and Economic Development Foundation and the Victoria Bend Hunting Club.     He served on the Executive Board of the National Waterways Conference and the board of the Arkansas Waterways Association.  He was a former Chairman of the Arkansas River Emergency Reaction Committee, a member of the Inland Rivers Ports and Terminals and Arkansas Oklahoma Port Operation Association.
John was the recipient of the United States Coast Guard's Public Service Commendation, the highest award given to a civilian, was an Eagle Scout, and a member of First Baptist Church.
John was preceded in death by his parents Artie "Tom" and JoBeth Janoush of Cleveland.
John is survived by his wife, the former Beverely Lyon of Cleveland.  They have two children, Dax of Cleveland and Chelsea Emerson (John) of Portland, Maine and one granddaughter, Hallie Anne Emerson of Portland.
He leaves three brothers:  Brad Janoush (Patricia) of Boise, Idaho; Joe Janoush (Dot) of Rosedale, Mississippi; and Paul Janoush (Lucy) of Cleveland, Mississippi.  He also leaves brother in law Rex Lyon (Kelly) of Cleveland and sister in law Poppy Crain (John) of North Little Rock, Arkansas.  Survivors also include nephews:  Tom Janoush (Desira) of Cleveland; Will Janoush (Andrea) of Madison, Mississippi, Rex Lyon Jr.  (Alyssia) of Irvine, California; Bert Lyon of Sacramento, California; John Crain Jr. (Lauren) of Spring, Texas; C.C. Crain of Dallas, Texas; and Kell Crain of North Little Rock, Arkansas, one niece Mary Parker Janoush of Cleveland, Mississippi and 6 great nephews and nieces
A Memorial Service will be held on Friday, May 26 at 11:00 AM at First Baptist Church in Cleveland with Visitation being held at 10:00  AM in the church fellowship Hall.
The family, along with John, requests memorials may be made to GRAMMY Museum Mississippi, P. O. Box 1449; Cleveland MS; Boy Scouts of America, P. O. Box 4278; Cleveland, MS; Cleveland Police Department, P; O. Box 1439; Cleveland MS; Delta State University, P. O. Box 3141; Cleveland MS 38733 or Bolivar County Relay for Life, 13 Bethany Church Road; Merigold, MS  38759.

To order memorial trees or send flowers to the family in memory of John Thomas Janoush, please visit our flower store.