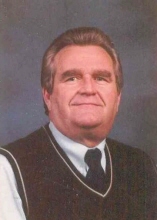 Mr. Larry Wallace Herbison, 70, of Shaw, passed away Saturday, July 30, 2016, at his home. Visitation will be 6:00 to 8:00 p.m. Tuesday, August 2, 2016, at Ray Funeral Home. Celebration of Life services will be 10:00 a.m. Wednesday, August 3, 2016, at Ray Funeral Home with Rev. Steve McMillon officiating. Interment will be in Shaw Cemetery. Mr. Herbison was born in Longshot, MS, on November 24, 1945, to William Franklin Herbison and Lena Elizabeth Pentecost Herbison. He was a member of an undefeated High School football team, and continued playing after graduation with the Mississippi Delta Junior College Football Team. He proudly served our country in the Air Force during the Vietnam War, and upon his return he worked as a plant manager for 25 years at Calcott Cotton Compress Storage and Warehouse. He enjoyed hunting and fishing and he always had a story to tell even though exaggerations were likely included. He is preceded in death by his father, William Franklin Herbison. Mr. Herbison is survived by his daughter, Cherry Lynn Herbison of New Jersey; mother, Lena Elizabeth Herbison of Shaw; brothers, James Vernon Herbison (Janet) of Denton, TX and Charles Wayne Herbison (Vera) of Canton, MS; and numerous cousins and other beloved family members. Pallbearers will be James Allen Herbison, Steve Herbison, Clinton Herbison, Jr., Joe Correro, Jackie Herbison, Walter Herbison, Jay Herbison, and Jay Clifton. Honorary pallbearers will be Robert Clifton and Jimmy Dale Herbison. To view and sign the online guestbook, go to www.rayfuneralhome.net

To order memorial trees or send flowers to the family in memory of Larry W. Herbison, please visit our flower store.