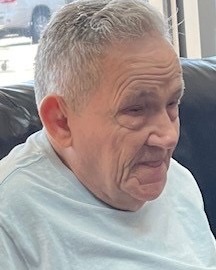 Paul attended Ellisville State Schools in 1956 at the age of 10. In May 1968 he was transferred to Hudspeth Regional Center, until 2018 when he moved into a private community with 3 roommates, and lifelong friends.
He was a very loving, and smart individual, with an infectious personality. Paul was a very independent, until his health failed. Paul took pride in his appearance, he was very neat. He enjoyed eating, occasionally watching television, traveling, sitting Indian style, and twirling in circles when he was happy.

Paul was proceeded in death by his parents Lawrence Paul Barbati and Margie Nell
He leaves to mourn three roommates, friends, loving and dedicated caregivers.

To order memorial trees or send flowers to the family in memory of Louis Barbati, please visit our flower store.