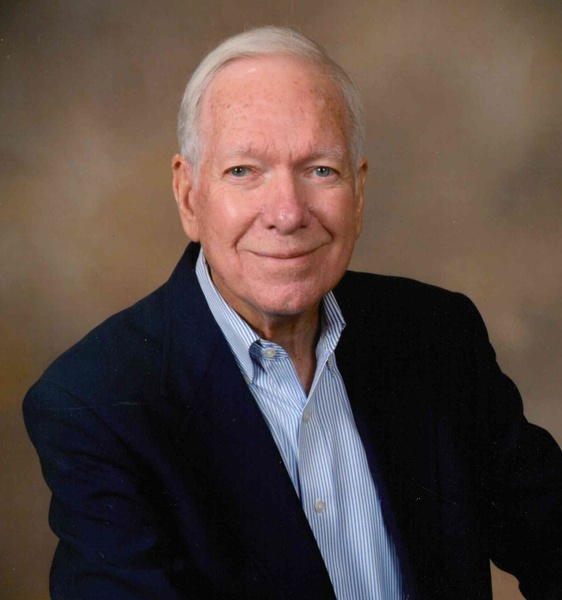 Milton was born in Louisville, KY, on January 26, 1935, to Robert and Mabel Burd. Milton graduated from Louisville Male High School and received a Bachelor of Arts degree from Georgetown College in Kentucky. He continued his education at Southern Baptist Theological Seminary, earning a master’s degree in religious education.

On April 22, 1955, Milton married Jerry Herman. Milton and Jerry lived in North Carolina for four years, where Milton served in the ministry until moving to the MS Delta in 1963. He began his ministry at the First Baptist Church of Cleveland, where he served for 60 years as the minister of music and education and the minister of senior adults. While at First Baptist, he also started and directed the Singing Christmas Tree, a group of high school girls that sang and brought Christmas joy to the Cleveland community for over 20 years. Milton also served as the pastor of Rosedale Presbyterian Church and served as pastor of Linn Baptist Church until his recent illness. He also served as music director at Adath Israel Temple for over 50 years.

Milton and Jerry loved to travel with family, church youth, and senior adult groups. Milton also led trips for Jackson Tour and Travel. He and Jerry enjoyed traveling with a special group of friends known as the “Merigold Supper Club”. This group made many memories as they traveled and had fun together. Milton especially loved participating in the annual church youth trips to Nantahala, North Carolina, where he and Jerry enjoyed chaperoning the youth and rafting the Nantahala River. The trips became even more meaningful to Milton when his grandchildren could take part in rafting the river with him. Milton’s grandchildren and great-grandchildren were the center of his attention. Granddaddy loved each one dearly, and the feeling was certainly mutual. He rarely missed a school play or sporting event that involved a grandchild or great-grandchild.

Milton volunteered for United Way and helped organize Helping Hands of Cleveland, where he was president and a board member. He also served as president of the board for the Save-A-Life organization. The Cleveland Exchange Club awarded the Book of Golden Deeds to Milton, recognizing outstanding people who quietly serve their community. He served as scoutmaster of Boy Scout Troop 11 for 20 years. He was also recognized by the Boy Scouts of America and awarded the Delta Area Council Silver Beaver Award, the highest award given to a senior scouter. The Junior Auxiliary of Cleveland honored Milton for his many years of service to our community by naming him the 2003 Charity Ball King.

Milton was an active member of the Cleveland Rotary Club for 50 years. He served as president from 1982 to 1983 and was a member of the Youth Committee.  He was also recognized as a Paul Harris Fellow of Rotary international.

In lieu of flowers, the family asks that memorials be made to the Milton and Jerry Burd Scholarship Fund at Presbyterian Day School, 1100 Highway 8 West, Cleveland, MS, 38732, or to the First Baptist Church Senior Adult Fund, 101 North Bolivar Avenue, Cleveland, MS, 38732.

To order memorial trees or send flowers to the family in memory of Milton Arnold Burd, please visit our flower store.