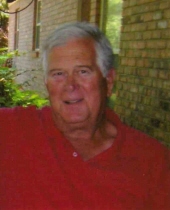 Mr. Ronnie Leon Wall, 74, of Boyle, MS, passed away on Monday, March 18, 2019, at his home. Visitation will be from 5:00 to 7:00 p.m. Wednesday, March 20, 2019, at Ray Funeral Home. A memorial service will be at 2:00 p.m. Thursday, March 21, 2019, at Covenant Presbyterian Church in Cleveland with Rev. Tim Starnes officiating.
Ronnie was born on September 27, 1944, to Leon and Beryl Wall in Lake Providence, Louisiana. When his father was called to preach in Tutwiler, there he met the love of his life. On August 14, 1966, he married Linda Ann Steele in Tutwiler, Mississippi.
Ronnie graduated from West Tallahatchie High School in 1963 where he was an All-state athlete in football and basketball, and also played baseball and tennis. He graduated from Ole Miss in 1967 with a Bachelor of Arts in Education. He played basketball while at Ole Miss and was a member of Sigma Chi Fraternity. He coached and taught school at Leflore County High School in Itta Bena from 1967 to 1974. In 1973 his team won the Class A basketball state championship.
In 1974 he and his family moved to Cleveland where he was a salesman for Spain Inc. and later for Janitors' Supply & Paper Co. for over 20 years.
Anyone who knew Ronnie knew that one of his greatest passions was bass fishing.  He fished in many bass tournaments over the years and enjoyed the fellowship of his fishing friends.
Ronnie spent many hunting seasons at the Half Mile Hunting
Club in Coila and Itta Bena.  He also enjoyed spending time hunting in Tutwiler with son-in-law Jay Derby and his grandchildren.
Perhaps he is best remembered for his great wit and humor. He always had a quick response in any situation and was rarely at a loss for words.
He is preceded in death by his parents, Leon and Beryl Wall.
Ronnie is survived by his wife of 52 years, Linda Steele Wall of Boyle, MS; daughters, Sandee Wall King (Keith) of Cleveland and Susan Wall Derby (Jay) of Arkadelphia, AR; and grandchildren, Caroline Derby, Anna Derby, and Crawford King.
Memorials can be made to Covenant Presbyterian Church by mail at P.O. Box 896, Cleveland, MS 38732 or online at  https://covenant.breezechms.com/give/online

To order memorial trees or send flowers to the family in memory of Ronnie Leon Wall, please visit our flower store.