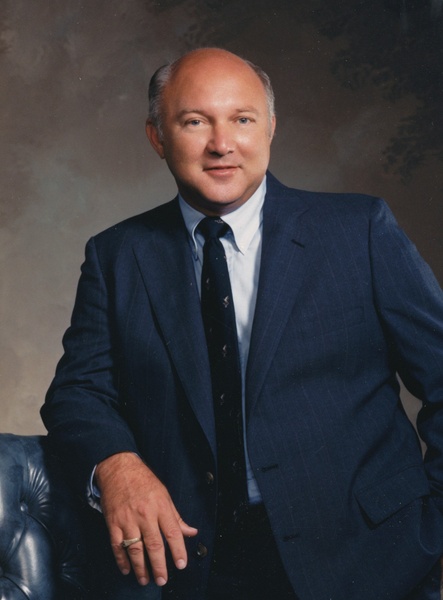 He was born November 1, 1941 in Cleveland, MS to Roy Preston and Louise McKnight Collins. He graduated from Cleveland High School in 1959. While a student at CHS, he enjoyed running track and playing football.  After graduation, he attended Delta State University and graduated with a BS in Business Administration. It was during that time he was lovingly bestowed the nickname “anamule” by his friends, the true meaning of which none of them will divulge to this day.

Roy was always community and civic minded. He believed if you lived in a community, you needed to work to make it better than you found it.  He was a cofounder of the First United Methodist Church kindergarten. He served as a Cleveland Volunteer firefighter and as a Cleveland District School board member for a number of years.  He was an active member in the Cleveland Bolivar County Chamber of Commerce where he served on the Chamber Board of directors and as Chamber President.  As a member of the Industrial Development Foundation, where he also served as President, he diligently worked alongside others to recruit industry to the Mississippi Delta.  Roy received the SE Kossman award for the volunteer work he did for the chamber and for the community. In addition, he was appointed to the Bolivar Medical Center Foundation Board where he served numerous years.

Roy began his love for construction at a young age working with his father Roy Preston Collins.  Roy was CEO of Roy Collins Construction Company, Inc., a local construction company started by his father.  He grew the company from a small custom residential firm to a successful commercial and industrial construction firm.  He believed strongly in doing things right and instilled that value in everyone that worked along with him.  He had the ability to see talents in people that they did not know they had, and he would strive to bring those traits out in them to make sure they were set up for success.

Roy was a loving and generous man. He helped numerous families behind the scenes and never wanted anyone to know about it. His primary motivation was the sheer joy or comfort that his generosity instilled in those who were on its receiving end.  He loved his family very much, and they were his main focus.  In his younger years, he made lasting memories with his family by spending weekends at the lake skiing and taking them on vacations. Linda was the love of his life.  While in the hospital celebrating their 57th wedding anniversary, he was asked if he would choose her all over again.  He looked at Linda with his big blue eyes and said yes.  Roy loved his children Chris and Leslie very much as well as his son in law Bill Ryan Tabb.  His grandchildren Collins and Annsley were his absolute pride and joy, and he loved going to any event that in which they participated.  In his later years, he especially loved family night, which was every Tuesday night at Backdraft. Until she graduated from high school, his granddaughter Annsley rarely missed a Tuesday night dinner with Pop and Lulu. Most recently, you could find him beaming with pride as his grandson Collins decided to go to work for the construction company. His entire family will miss him terribly.

The family would like to thank the staff of Baptist Memorial Hospital in Oxford and North Sunflower Medical Center in Ruleville.

To order memorial trees or send flowers to the family in memory of Roy Leslie Collins, please visit our flower store.