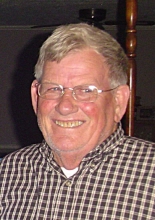 Samuel Hearn Doddsville, MS SFC. Samuel "Sammy" Lee Hearn 77, of Doddsville, MS was called home to be with his Lord and Savior on March 05, 2020 while surrounded by his family at home. A visitation honoring his life will be held Sunday, March 08, 2020 from 2-3P.M. at Linn Baptist Church with graveside services to follow at 3:00P.M. in the Linn Baptist Church Cemetery. Sammy was born on October 22, 1942 to Roy and Virginia Stephens Hearn in Doddsville, MS where he grew up and graduated from Linn High School. After school he enlisted in the Mississippi Army National Guard. Sammy married the love of his life, Betty Jean Grammar Hearn on June 04, 1965. Sammy went to work full time in the military in 1979 , and in 1991 he went on active duty and served during Desert Storm/Desert Shield. He served for over 30 years in the United States Armed Forces. Sammy joined the Mason's in 1982 at OL McKay Lodge #580 in Sunflower, MS and a member at the TJ Catching's Lodge #394, Indianola Lodge #450, and Cleveland Lodge #470. He also was a member of the Delta Commandry Knights Templar, Greenville, MS, and a founding member of the National Soul Journers Chapter #554 Grenada, MS. Serving in all offices and locations. He reached the highest degree in the York Rite Bodies, in which was the Knights Templar. One of his greatest passions was gardening. Sammy had a large garden which fed his family and friends for many years. He was on the Board of the LSR Fire Department, very active with Mississippi Baptist Disaster Relief, and participated with the 8 Days of Hope disaster relief team. He also helped many widows and families in his community at the hardest times in life, as well as helping them with their day to day needs. Sammy truly had a servant's heart and would always go where help was needed. One of his greatest gifts was showing people how to love. Most of all he loved his family. He cherished his wife, children, grandchildren, and he adored his new great-granddaughter. He was a member of Linn Baptist Church. He is preceded in death by his parents; Roy and Virginia Hearn, His brothers; Calvin, Newman, Dennis, Walter Clay, and Bobby Hearn, sisters; Frances Abney, Audrey Newton, and Annie Brown.
He is survived by his loving wife of 54 years; Betty Hearn of Doddsville; son, Samuel L. Hearn Jr. and his wife Teresa of Nicholasville, KY; daughter Vickie Lynn Hearn Sharp of Indianola, MS; five grandchildren; Kayla & Emily Sharp of Indianola, MS; Sami (Logan) Barrow of Owensboro, KY, Grayson and Connor Hearn of Nicholasville, KY and one special great grand-daughter, Ellie Rose Barrow; and one sister, Sandra Jan Jennings of Gore Springs, along with a host of nieces and nephews. Rev. Charles Jones and Rev. Milton Burd will officiate the service.

To order memorial trees or send flowers to the family in memory of Samuel Lee Hearn, please visit our flower store.
Send a Sympathy Card