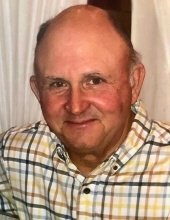 On Saturday November 20, a crisp fall morning perfect for sitting in a deer stand, Troy Lee Odom, Jr. peacefully transitioned from this world to his eternal reward.  He was surrounded by his adoring family.  Troy was born on December 6, 1954 to Troy Lee Odom, Sr. and Mary Ann Bell Odom, who is known to proudly tease that if she would have had him first, he would have been an only child.  Troy had a unique upbringing, full of events straight out of a Huck Finn novel -- playing in the Sunflower River, horseback riding, and creating grand adventures.  Troy's connection to nature and animals came from his father and grandfathers and his avid love of reading and writing from his mother.  He met his true love, Mary Ann Rocconi Odom, while attending Cleveland High School.  Troy graduated from Bayou Academy in 1972 and married Mary Ann in 1974.  He graduated from Mississippi State University in 1977 with a Bachelor's Degree in Animal Science.
Troy had an unmatched and deep appreciation of all living things both flora and fauna.  His agricultural endeavors included cattle faming, growing row crops, raising catfish, cultivating shiitake mushrooms, and enjoying a career as a certified crop examiner.  He was a multifaceted man of many hobbies and talents including beekeeping, fishing, hunting, gardening, watching spaghetti westerns, and playing harmonica.  He was happiest outside or in the kitchen baking, and was proud to serve the best homemade pancakes to his grandchldren.  Those who knew him will remember his captivating and often hilarious stories of both fiction and nonfictional tales.  He had a way with words.  Throughout his adult life, Troy enjoyed teaching Sunday School in both the Our Lady of Victories Catholic Church and First Baptist Church of Cleveland, where he also served as a deacon.
He is preceeded in death by his grandparents Mr. and Mrs. Troy A Odom of Cleveland, Mr. and Mrs. Van A. Bell of Drew, father Troy Lee Odom, Sr. of Cleveland, and sister Ellen Odom Rogers of Meridian.  His surviving family includes his mother Mary Ann Bell Odom; his wife Mary Ann Rocconi Odom both of Cleveland; daughters Elizabeth Odom Carr (Chad) of Canton; Tracey Odom Smith (Rush) of Germantown, TN; and son Joseph Odom of Hernando.  He is also survived by his brother-in-law Walter Rogers of Meridian, grandchildren Will and Molly Carr of Canton, MS, and Grey and Susie Smith of Germantown, TN and many well loved nieces and nephews.
The Odom family would like to thank all our friends, family, and clergy who have helped in so many ways.  We want to express a special thank you to Margie Sappington and her team at North Sunflower Hospice and Bertha Steward who took such great care of Troy in his final days.
In lieu of flowers, please send donations to First Baptist Church of Cleveland or Our Lady of Victories Catholic Church of Cleveland.
To order memorial trees or send flowers to the family in memory of Troy Odom Jr, please visit our flower store.