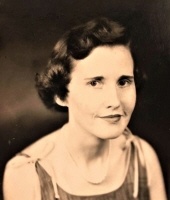 Virginia Nanette Scott Gonzales 85, of Petal, MS was called home to be with her Lord and Savior on October 24, 2019.

Ms. Virginia was born on December 06, 1933 to John Richard Scott & Myrtle Betty Chandler Scott in Cleveland, MS.  Upon graduation from Drew High School, Virginia attended Draughon's Business College in Memphis.  She married the love of her life Alexander Gonzales on February 07, 1958.  Mrs. Virginia made caring for her home and family her life's work.  She was happiest when surrounded by her family.

To order memorial trees or send flowers to the family in memory of Virginia Gonzales, please visit our flower store.