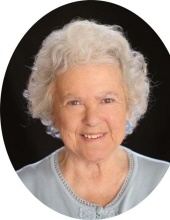 Wendy Dorothy Burrage Hatcher was born in Leigh-on-Sea, a tiny fishing village outside London, spending her childhood years along the seafront in her beloved boat, Nonsense.  She was evacuated to the English countryside for five years during WWII, leaving home with only a small suitcase and a Mickey Mouse gas mask.  Her mother, Queenie, toiled in an aircraft war factory while her father sent handwritten fairy tales from his various posts within the British Army, including the infamous Battle of Dunkirk. In the her teenage years, Wendy hopped an early morning train into foggy London for her job as a newspaper reporter at the Sunday Express on Fleet Street.  Wendy's life would change forever during a holiday in Spain, where she met a dashing U.S. Navy lieutenant by the name of John L (Jack) Hatcher.  They married in 1954 and built a life in the Mississippi Delta, settling in the town of Cleveland and raising four children: John Jr, Wendy Leigh, Glynis and Bill.  In her thirties, Wendy answered an inner calling to minister to those incarcerated at Parchman Prison Farm.  This new phase of life carried her through 30-plus years as the first female state chaplain in Mississippi history.  Thousands of inmates came to know her as "Maw," some becoming an integral part of her life long past the "prison years."  Her adopted daughter, Pauline Rogers, established the Wendy Hatcher Transitional Home in Jackson, giving hope and shelter to women transitioning from prison to the "free world."  Wendy spent her final months of life in Pauline and husband Frederick's loving care.  Wendy was preceded in death by her parents, Bill and Queenie Burrage, brother Ted Burrage, and John Hatcher Sr.  She leaves behind her children John Hatcher, Jr (Lynn), Wendy Leigh, Glynis Malcolm (Doug), Bill Hatcher (Mitzi); grandchildren Tiffany, Jessica (Andy), Kayte, Brantley (Rebecca), Read, Emily (Marcus) and Kelly; and great granchildren Anna, Hew, Alex, Tyler, Hadleigh, and Ella.  In lieu of flowers, please consider sending a support donation to the Wendy Hatcher Transitional House in Jackson, MS, in support of female prisoners re-entering society: rechfoundationms.org
To order memorial trees or send flowers to the family in memory of Wendy Dorothy Hatcher, please visit our flower store.