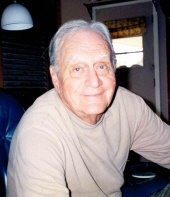 Will (W.O.) Davis, 93, passed from this life on Wednesday, January 27, 2016 and into the loving arms of his Lord and Savior. Will was born October 5, 1922 in Hopewell, MS to Earl and Kate Davis. The family later moved to Raymond, MS where Will had many fond memories of the community he knew as Nut Ridge. He attended and graduated from Forest Hill where he excelled in all sports and was voted Most Athletic and Mr. Forest Hill. After graduating in 1943 the war came calling and he signed up to fight for his country as so many of that great generation did. He enlisted in the Navy where he served proudly during World War II as a signalman. While on leave one weekend he met his bride to be and the love of his life, Frances Montgomery, at the Woolworth's on Capital Street in Jackson. They were married 58 wonderful years. Upon his return to the States he attended and graduated from his beloved Mississippi State on a GI bill. He would later tell his grandchildren that if he could pass at Mississippi State, they certainly could. With a degree in Agriculture he accepted a job in Cleveland, MS with Jordan Seed Company and soon after, was wooed to come work for Jimmy Sanders. He was a great salesman and loved by all his co-workers. He had many fond memories of his tenure with Jimmy Sanders Seed Co. Upon retirement he spent most his days golfing and enjoying life. He loved his routine and went to Sanders every day to visit and enjoyed daily coffee with a regular bunch of locals. He was very much a people-person and never met a stranger. Will loved his family and was always interested in what was going on in their lives. He was a charter member and attended Covenant Presbyterian Church in Cleveland, MS. His faith was very important to him and he shared it openly. He was a faithful servant of the Lord and was involved with the prison ministry at Parchman for over 20 years. Will's last years were spent in Madison, MS at Sunnybrook Estates where he could be close to his daughter. He had many wonderful years there and the family is thankful for all the friends and caregivers that he had while there. He was known for being a flirt and there was no shortage of women to spoil and dote on him. He enjoyed praying for others and made an effort to take time out of his day to individually do that for so many. Special thanks to Dot Smith for making his last days there dignified and to her granddaughter Amanda who held a special place in his heart. He developed a passion for painting while at Sunnybrook and took monthly art lessons. His apartment was filled with canvases that he was so proud of. Also, special thanks to Charlie for her love and patience while taking care of his health needs and also to Dorothy and LaTonya who sat with him his last few weeks of life. Such compassion did not go unnoticed and meant so much to the family and to Will.
Will was preceded in death by his parents and 4 siblings, Kathleen Webb, Virginia Caldwell, Pearl Worthey and Harold Davis. Also preceding him in death was his wife, Frances. He is survived by his son, Dr. Ken Davis (Nancy) of San Antonio, TX, his daughter, Robbyn Johnson (Stan) of Madison, MS, four grandchildren, Jennifer Davis, Shellee Johnson, Davis Johnson, Heath Johnson and one great-grandchild, Jacob Davis. Visitation will be Saturday, January 30th, 2016, at 10:00 a.m. at Covenant Presbyterian Church in Cleveland, MS with services to follow at 11:00. The family requests that memorials be made to Covenant Presbyterian Church or a charity of their choice.

To order memorial trees or send flowers to the family in memory of Wilbur Otis Davis, please visit our flower store.
Send a Sympathy Card