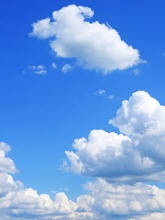 William "Butch" Chaney, age 71, was called home to be with our Lord on Thursday, May 21, 2020 in Cleveland, MS. Graveside service will be held Wednesday, May 27, 2020 in the New Cleveland Cemetery with Bro. Chris Gentry officiating.
Butch was born to James and Berdie Chaney on September 28, 1948 in Rosedale, MS. He grew up in Gunnison where he attended school. On September 29, 1966 he joined the United States Army and served in the Vietnam War. After returning home he got his CDL license and became a professional truck driver which he did for many years until retiring. Butch was a jack of all trades who never quit moving. Most of all he loved his daughters, grandchildren, and great grandchildren with all his heart.
He is preceded in death by his parents, James and Berdie Chaney; wife, Susan Darlene Chaney; brother, Larry Chaney. Butch is survived by daughters, Tammy Lee Rogers of Wayside, MS and Linda Faye Sturdivant (Rob) of Greenville, MS; sisters, Linda Upton (Marion) of Millport, AL, Mae Farmer (Nick) of Edmond, Ok, and Brenda Chaney of Cleveland, MS; brothers, Roy Chaney (Melinda) of Sarah, MS, J.W Chaney of Cleveland, MS, Billy Chaney of Edmond, OK, and Lonnie Chaney (Martha) of Cleveland, MS; four grandchildren and five great grandchildren.

To order memorial trees or send flowers to the family in memory of William Chaney, please visit our flower store.