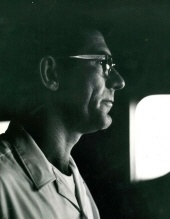 William Kurts, Jr., 82, passed away on Saturday, June 15, 2019, at St. Dominics Hospital in Jackson, MS. Visitation will be 10:00 to 11:00 a.m. Tuesday, June 18, 2019, at Ray Funeral Home. A Graveside Service will follow at Beulah Cemetery.
Jr. was born on October 26, 1936, to William and Lillie Kurts in Rosedale, MS. On January 17, 1960, he married Josephine Lynn in Rosedale. They started dating at a very young age and have been inseparable for 59 years. Jr. worked as a Captain on a Towboat for 42 years on his beloved Mississippi River. He was an avid hunter and fisherman but his favorite overall was duck hunting. Jr. cherished his time with his wife, children, and grandchildren. He was the type of person to be there for anyone who called him, regardless of who you were he was always willing to help.
He is preceded in death by his parents, William and Lillie Kurts; and 7 siblings.
Jr. is survived by his beloved wife, Josephine Kurts of Rosedale, MS; children, Jim Kurts (Jenny) of Cleveland, MS; Shirley "Sissy" James (Butch) of Rosedale, MS; and Terry Wayne  "Bubba" Kurts (Deb) of Long Beach, MS; and grandchildren, Blake Kurts, Bella Kurts, and Wyatt Kurts.
In Lieu of flowers, the family asks that donations be made to Sacred Heart Catholic Church at P.O. Box 307 Rosedale, MS 38769.

To order memorial trees or send flowers to the family in memory of William L. Kurts, please visit our flower store.
Send a Sympathy Card